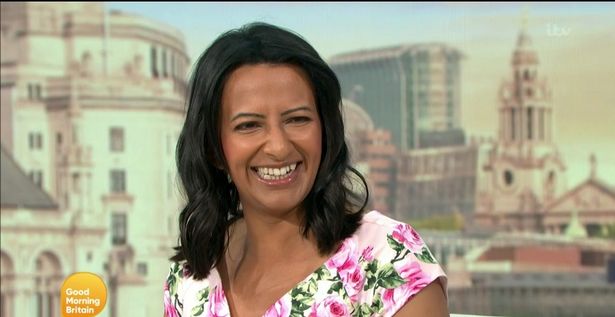 Good Morning Britain host Ranvir Singh has confirmed she thinks that her colleague Susanna Reid could well be on The Masked Dancer.

Hosting the ITV breakfast show on Tuesday morning alongside Adil Ray, Ranvir spoke to showbiz correspondent Richard Arnold about the possibility of Susanna performing on the dance show.

“Now, I was looking in the paper and apparently Knickerbocker Glory could be our very own Susanna,” Ranvir commented.

As GMB aired a clip of Knickerbocker Glory performing on The Masked Dancer, Ranvir added: “She can dance! We’ve seen her dance like that haven’t we?”

Richard confirmed that Susanna does have the moves, but said: “It’s difficult to get the scale of them isn’t it? Because Elaine Paige has been thrown into the mix for Knickerbocker Glory as well.”

Asked if she had any regrets, Dita, 48, replied: “I wish I’d had more rehearsal time!

“I’m a slow learner, and I have a thing where I perform better when there’s a big live audience. Also, it’s probably the first time I’ve ever performed without having a half a glass of icy cold champagne before I go onstage… for luck, and for my nerves.

“But dancing as a beetroot was far more nerve-wracking than striptease! Don’t think I didn’t consider shedding those leaves for my dance finale!”

The Masked Dancer continues at 7:30pm on ITV.