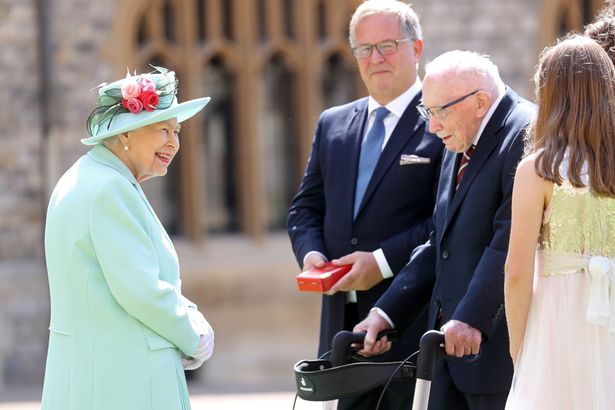 Captain Sir Tom Moore’s daughter has spoken about his connection with the Queen.

Queen Elizabeth and national hero Capt Tom met in July when she knighted him for his fundraising for the NHS.

During the first lockdown, the Second World War veteran’s efforts went viral, and soon donations soared past his £1000 goal to nearly £33 million.

Now his daughter Hannah Ingram-Moore has told of a special connection between the two – and how Her Majesty felt “genuine loss” when Capt Tom died two weeks ago after contracting pneumonia and Covid.

Tributes have poured in since Capt Tom’s death, from celebrities to members of the public.

There are even calls for a Captain Sir Tom Moore Day to honour the late hero, an idea Carol Vorderman is behind.

Meanwhile, others have called for a statue of the man to be erected in London.