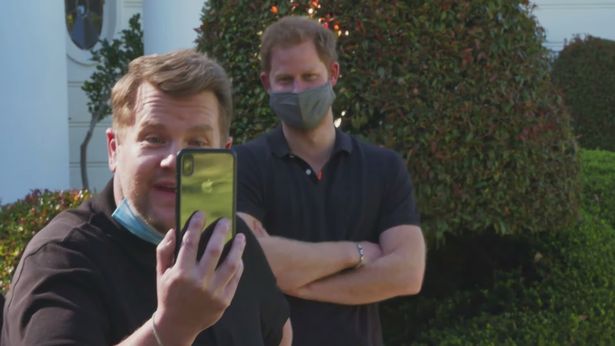 Prince Harry has opened up for the first time about stepping back from his duties as a working member of the Royal Family.

The Duke of Sussex joined James Corden on an open-top bus ride around Los Angeles for an exclusive interview that aired in the USA on Thursday.

Starring in a new episode of The Late Late Show, Harry shared why he chose to take a step back, making his wife and son his priority. He said: “I did what any husband and any father would do, I want to get my family out of here.”

The interview took place on an open-top bus, allowing the two Brits to sip tea and eat scones while taking in the sights of LA. The pair even explored The Fresh Prince of Bel Air house, accompanied by a rendition of the popular theme song from the Duke.

Here’s how you can watch from the UK:

The full episode of The Late Late Show is available for Sky customers on Sky Comedy, channel 113.

In the interview, Harry and James also talked about what a “regular night in” for the couple looks like and their thoughts on the Netflix series Crown.

The Duke said: “I’m way more comfortable with the Crown, then I am seeing the stories that are written about my family or my wife, or myself”.

The interview was aired in the USA a week after the Queen had announced Harry and Meghan would not be returning to their roles as senior royals.