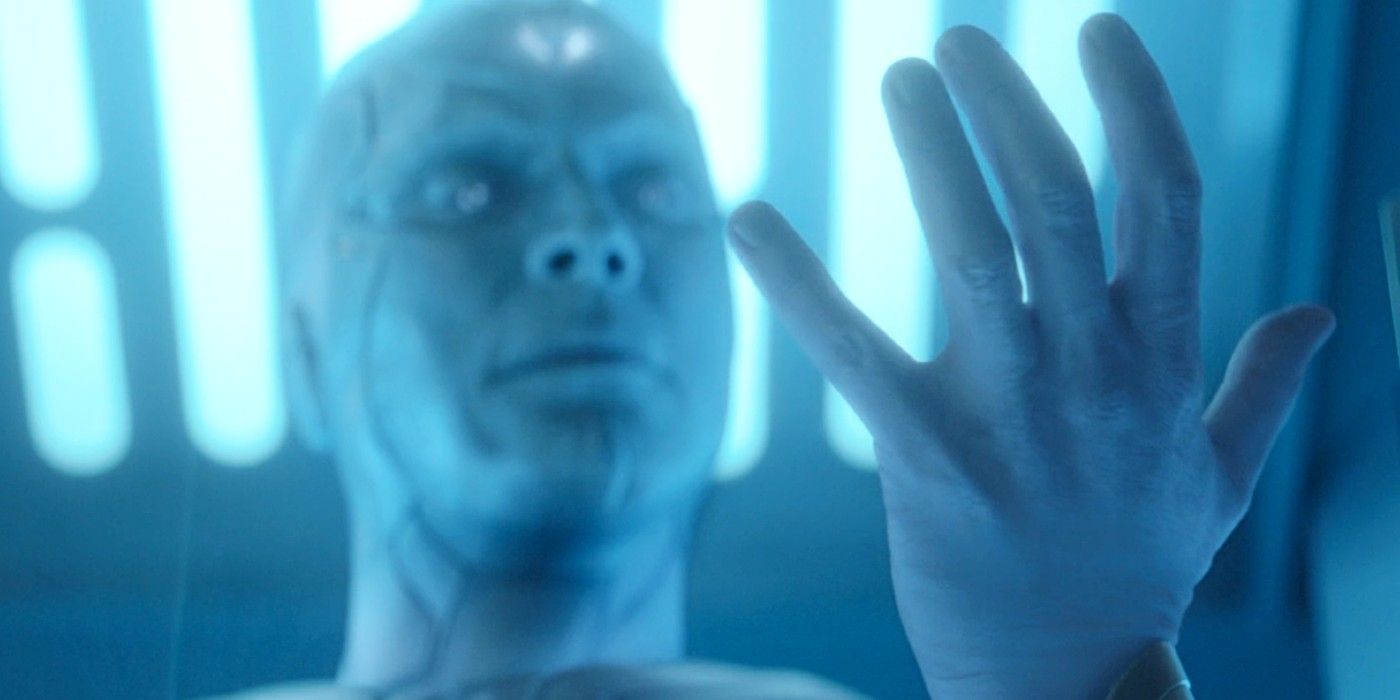 Vision’s white appearance almost played heavily into is MCU appearance as Marvel Studios Head of Visual Development Ryan Meinerding revealed unused concept art for him that used a combined white and gold aesthetic, but that look was also inspired by the comics. In John Byrne’s 1989 arc Vision Quest, the synthezoid loses his color when he is disassembled in response to seizing control of America’s nukes by an international task force led by Cameron Brock. Ultimately, it turned out that Vision was being manipulated by Immortus (an alt-universe version of Kang the Coqueror) but he was taken apart and studied by Vigilance, Brock’s taskforce.

As in WandaVision‘s fifth episode flashback when Wanda supposedly recovered Vision’s body, in the comics his dismembered body is taken back and Hank Pym – Ultron’s creator in the comics – rebuilds him. Unfortunately, he cannot be rebuilt fully because the source of his “humanity” was the brain patterns of Simon Williams (AKA Wonder Man), which stood in for the Mind Stone in the original origin story. When Williams refuses to allow that to happen again (because he’s no longer dead), Vision is brought back without part of him and he is resurrected as an emotionless husk, more android than man. Thanks to the experiments on his body, his skin remains bleached until he eventually refinds himself through another complex plot again involving Wonder Man. In both the comics and WandaVision, the white version of the android lacks everything that made Vision more than the sum of his technological parts and ultimately, the impostor stands as a monument to why Vision was right to fear the misuse of his corpse.