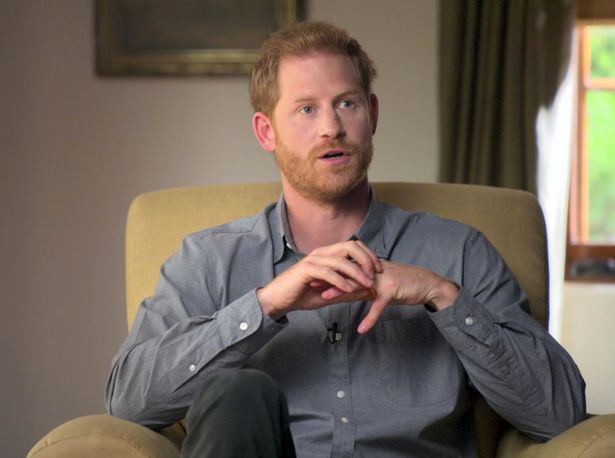 Prince Harry courageously allowed cameras to capture him taking part in an EDMR therapy session in his new documentary.

Appearing on Apple TV’s The Me You Can’t See, Harry go through the motions of closing his eyes and crossing his arms across his chest as he reflected on past traumatic events.

Scenes showed the Prince immersing himself into the action for the therapy under the instruction of UK-based psychotherapist Sanja Oakley, via videolink.

During a chat with the mental health professional, Harry explained how he would suffer from a “hollow empty feeling” whenever flying into the UK which he told that he thinks is linked to dealing with his mother Princess Diana’s death, in the public eye at a young age.

“That doesn’t mean we have to speak to them every single day, but to have someone that can help guide us and create that awareness in our own life to when we might be feeling pain and how to get out of that and what the tools are available to us on any given day to make sure that it doesn’t snowball into something bigger.

“EMDR is always something that I’ve wanted to try and that was one of the varieties of different forms of healing or curing that I was willing to experiment with.

“And I never would have been open to that had I not put in the work and the therapy that I’ve done over the years.”

Harry claimed in the docuseries that the Royal Family did nothing to help him with his struggles with grief because of their own old-fashioned ways.

Harry added he’s finally free to talk about his innermost feelings after his wife Meghan Markle urged him to seek theraphy.

“I wasn’t in an environment where it was encouraged to talk about it either, that was kind of squashed. [I needed it for] the past, to heal myself from the past,” he says in the first episode.

“I always wanted to be normal, to just be Harry.”

If you’re struggling and need to talk, the Samaritans operates a free helpline open 24/7 on 116 123. Alternatively, email [email protected] if you’d prefer to write down how you feel, or visit the website to find your local branch