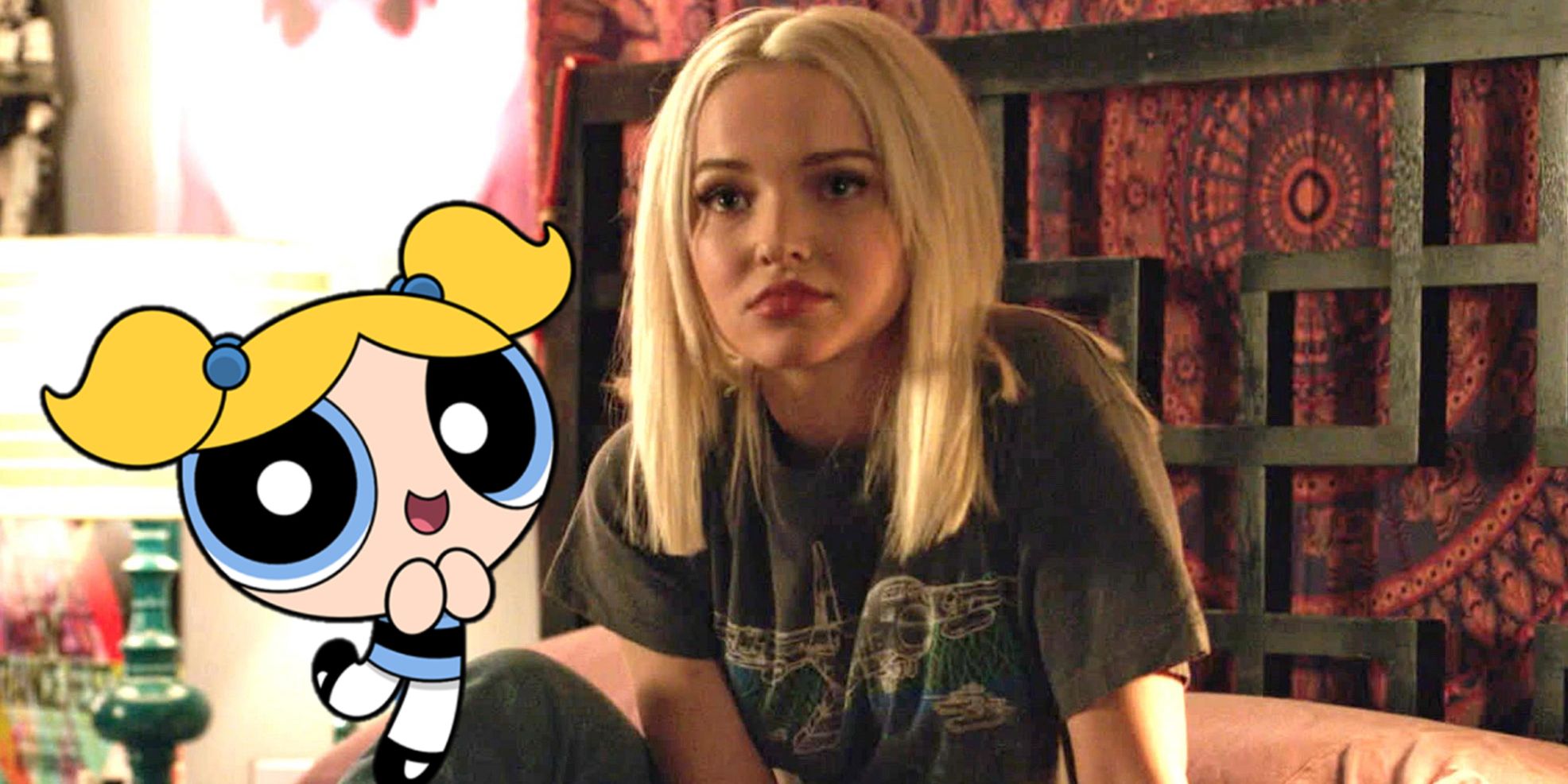 Star of the live-action Powerpuff Girls pilot, Dove Cameron, has provided evidence that manifestation might actually work in the form of an eight-year-old tweet where the actress says she wants to play Bubbles. Cameron got her big break as a Disney Channel star, where she played twins on the sitcom, Liv and Maddie, and Mal in the Descendants superhero movie series.

The actress and singer has been cast as Bubbles in the upcoming reboot, one of three chemically derived, crime-fighting superhero sisters. The original animated TV show created by Craig McCracken, aired on Cartoon Network from 1998-2005 and won two Primetime Emmys. As their origin story goes, Blossom, Bubbles, and Buttercup are created by their well-intentioned scientist “father,” Professor Utonium, who intends to invent daughters using a potion made up of “sugar, spice, and everything nice.” When Utonium accidentally includes “Chemical X” in the formula, the girls come out with a wide variety of superpowers. Each sister has a distinct personality: Blossom is a Type A, pedantic overachiever; Bubbles is sweet and, as her name would imply, effervescent; and Buttercup is tough and rambunctious. The sisters fight one-off opponents and recurring arch-nemeses including Mojo Jojo and Him.

On Tuesday, Cameron shared her own tweet from eight years ago where she says she would want to play Bubbles in a (then theoretical) live-action reboot of the show. Of course, the live-action Powerpuff Girls series now in production didn’t exist when Cameron sent the tweet, making her dream self-casting a successful case of manifestation-turned-reality. Cameron’s casting was announced today, along with Chloe Bennet as Blossom and Yana Perrault as Buttercup. Here’s Cameron’s quote-tweet of her own prophecy:

Last August, a reboot was announced that will check in with the former kindergarten superheroes who have grown into resentful civilians in their twenties. So far, only a pilot has been confirmed. Cameron and Bennet previously worked together on Agents of S.H.I.E.L.D. as Ruby Hale and Skye/Quake/Daisy Johnson, respectively. Perrault hails from the theater world with roles in Jagged Little Pill and a planned stint on Hamilton that the ongoing COVID-19 pandemic prevented. The pilot will air on The CW with teen drama giant, Greg Berlanti’s company, Berlanti Productions, behind it. Diablo Cody (Juno) and Heather Regnier wrote the script and will also executive produce.

Cameron is obviously a great fit for the role, and it looks like she had an inkling that might be the case as early as 2013. Of course, she probably didn’t really manifest the job with an eight-year-old tweet and surely had to at least audition. Cameron may have even been involved in the development of a Powerpuff Girls pilot at an early stage and could have spoken to her agent about wanting to play the role when she sent that tweet. Despite Cameron’s uncanny clairvoyance, we can probably assume more went into this casting process than tweeting alone. Still, it’s fun to imagine the possibilities of manifestation by posting.