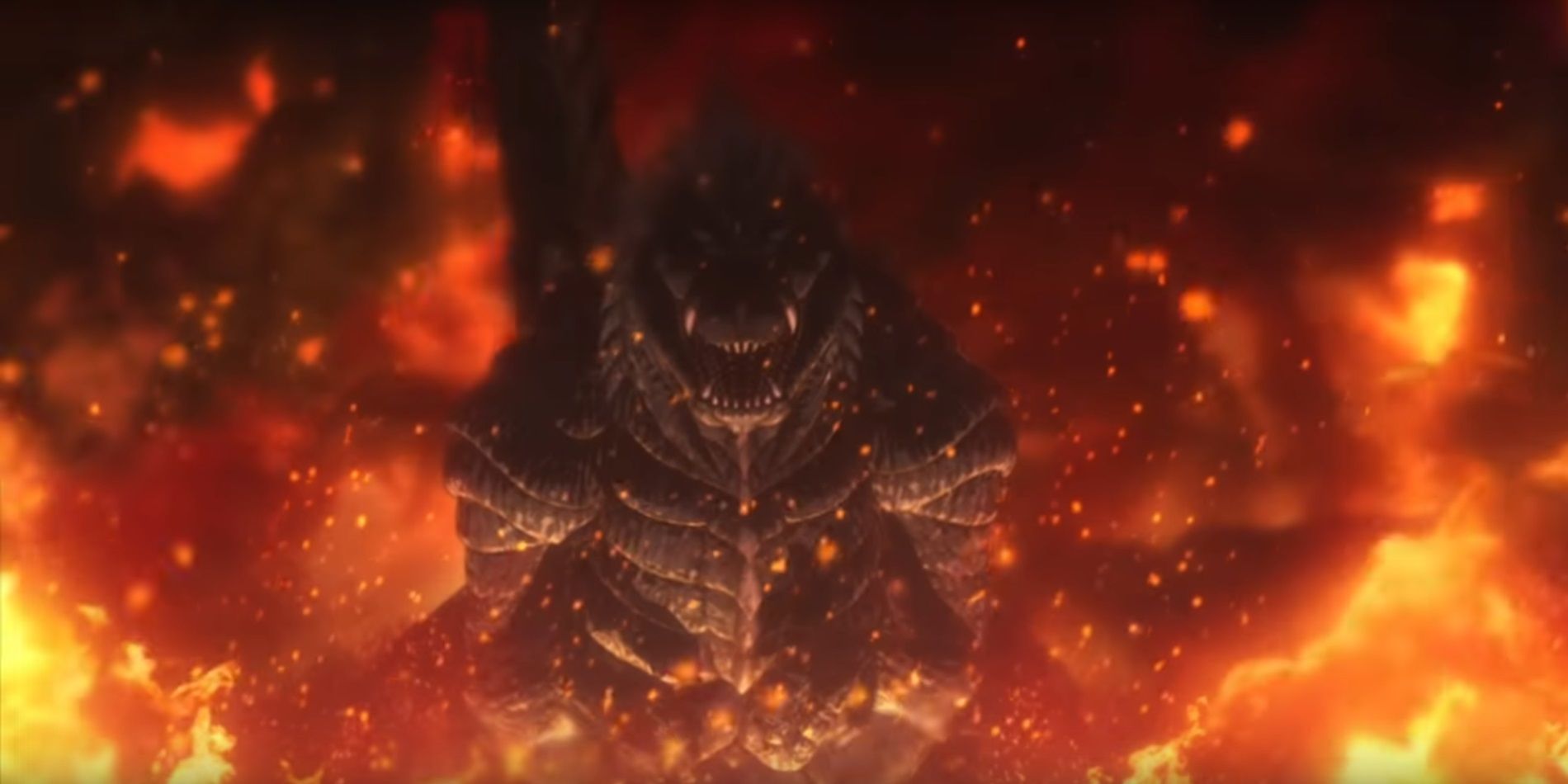 A new Godzilla Singular Point trailer has been released, revealing more monster appearances. The new Godzilla anime is releasing this month in Japan, with an international release to follow later this year. The first trailer debuted back in October, 2020, showing the King of the Monsters, along with a few classic kaiju.

It’s the year of kaiju-themed programing on Netflix. Last week, Pacific Rim: The Black released to solid reception. Season 2 hasn’t been announced yet, but it’s probably only a matter of time. Not surprisingly, Godzilla Singular Point is also highly anticipated. While it will debut on Netflix Japan this month, sadly, its worldwide release date has not been announced yet. Not too much has been revealed about the storyline. The first trailer served as a tease, showing new designs of iconic Godzilla characters like Rodan and Jet Jaguar. A second trailer was released last month, focusing more on the story. It sounds like a calamity could be about to befall the world. Godzilla’s role in all of this is probably the most mysterious aspect of all, although the latest trailer might unveil the mystery a bit.

TOHO Animation has released the third trailer for Godzilla Singular Point. In many ways, it’s the biggest trailer of all. It shows plenty of new footage, new kaiju, and Godzilla himself. Check it out below:

There is  certainly a lot to unpack here. Off the bat, the trailer has a traditional feel with Godzilla’s iconic theme playing as he stomps through the street. The trailer really makes it apparent that the monsters are much smaller than their film counterparts, except for Godzilla, along with what could be Titanosaurus and Manda. Jet Jaguar is shown battling Rodan and insect-like creatures, with one of them bearing a resemblance to Kumonga and Megalon. A blue creature that looks like Hedorah is also shown briefly. Those hoping for an all-out monster extravaganza appear to be in for a treat.

Probably the biggest reveal is that not all the monsters appear to be with Godzilla. The title monster seems to be the antagonistic force, surrounded in the red mist. However, a giant monster that is likely Manda, attacks Godzilla. During another part of the trailer, one of the protagonists approaches Anguirus in a forest, perhaps hinting this monster isn’t an antagonist. Could it be that the plot will involve monsters rising to stop Godzilla and others from bringing calamity to the world? Although plenty of footage is shown, the new trailer teases viewers with even more questions. Hopefully Godzilla Singular Point will be released internationally sooner rather than later.