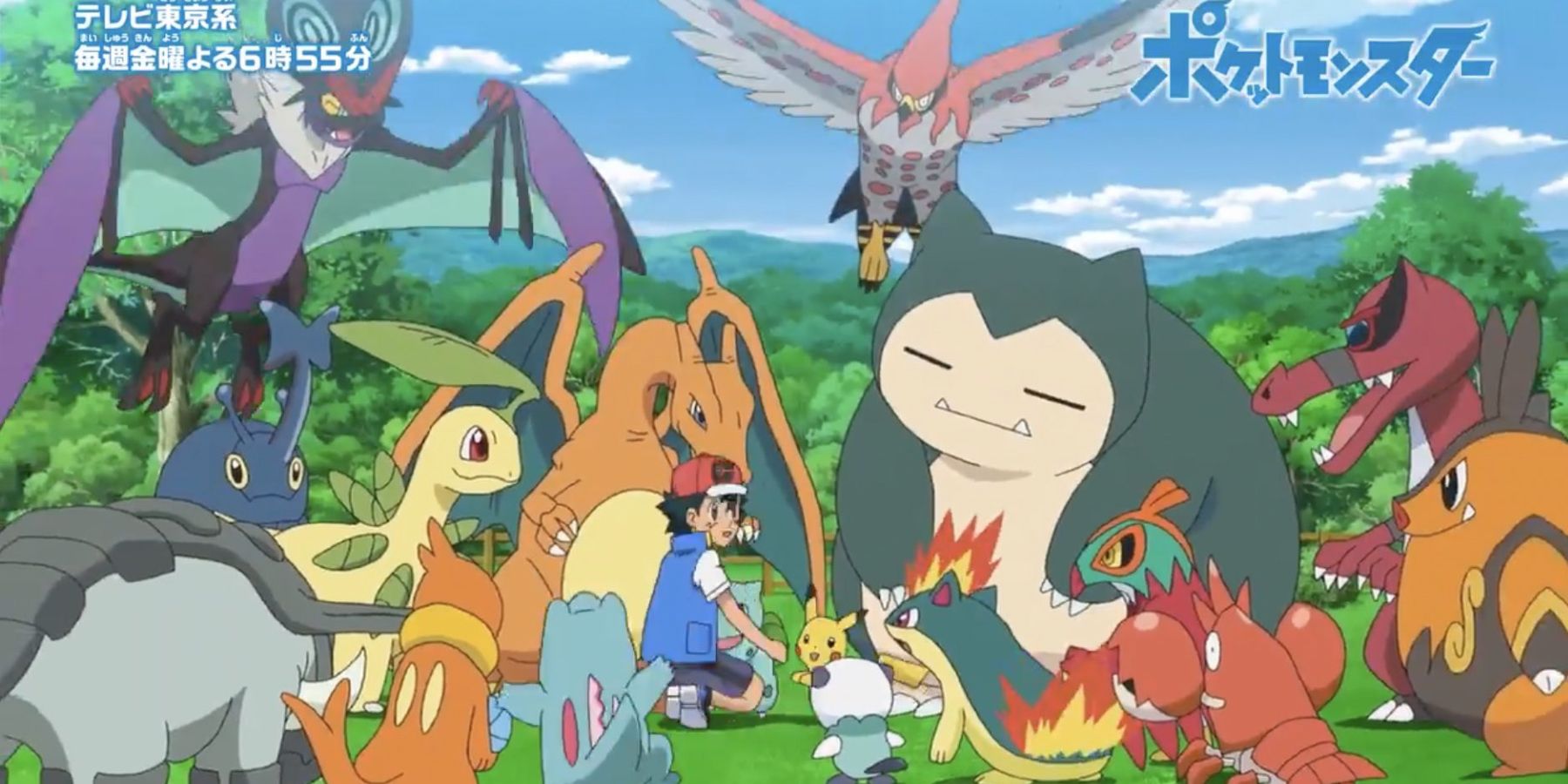 New episodes of the Pokémon anime will feature the return of Ash Ketchum’s old Pokémon, at least one of whom we’ll see in action. Airing since 1997, the Pokémon television series follows Ash, a young trainer from Pallet Town in the Kanto region, as he seeks to become a Pokémon Master. Throughout the show’s 23 seasons, Ash has moved multiple times to whatever the most recent region introduced in the video games is, catching powerful Pokémon and making numerous colorful friends along the way. Across hundreds of Pokémon battles, adventures with awe-inspiring legendary Pokémon, and humorous run-ins with the villainous Team Rocket, Ash always has his trusty Pikachu by his side.

The latest season of the anime, Pokémon Journeys, corresponds to the Sword and Shield video games, set in the Galar Region. However, in a break from tradition, rather than remaining within that region and completing the gym (or equivalent) challenges to enter the Pokémon League, Ash is traveling between all eight of the regions with his newest companion, Goh. Part 4 of the series just hit Netflix in March, and Part 5 will arrive in June.

Serebii.net, a fan-run Pokémon news and database website, shared the Japanese trailer for upcoming episodes of the Pokémon anime featuring the return of Ash’s old Pokémon. The trailer teases a team called Project Mew that is searching for the mythical Pokémon, as well as the returns of Ash’s rival Gary Oak from the Kanto region and his traveling companion Iris, a dragon-type trainer from Unova. A quick shot shows Ash on a visit to Professor Oak’s lab alongside Charizard, Totodile, Corphish, Buizel, Krookodile, Hawlucha, and more of his old Pokémon. His Infernape has apparently been missing for a while, so Ash searches for the monkey-like Pokémon, which he later uses in battle with the legendary Moltres. Watch the trailer below:

The Pokémon anime has been on the air for so long and Ash has caught so many different Pokémon, that fans remember the team members they saw him with while they were kids very fondly. Fans of the original series will likely be quick to tear up recalling Ash and Butterfree’s heartfelt goodbye. The majority of his old companions last appeared in the finale of the Black & White series that aired in 2013. A few of the Pokémon seen in the trailer made an appearance in the most recent Sun & Moon series, though it’s been a while since we’ve seen the majority of them. Many fans will be overjoyed to see much of the gang again, but sticklers for the less well-remembered Pokémon will be disappointed if Ash’s Squirtle, Pidgeot, Primeape, and a few others not seen properly since their departure, continue to be absent.

As Ash is traveling across all eight of the regions, it’s the perfect time to reintroduce his old Pokémon – including those that have truly been forgotten – as well as characters such as Iris and Gary. Nostalgia has always been the name of the game with a franchise as long-lived and beloved as Pokémon, but with New Pokémon Snap and long-awaited Sinnoh remakes, Brilliant Diamond and Shining Pearl coming to Switch, it’s high time for a trip down memory lane. Ash’s Infernape, originally from the Sinnoh region, is no doubt featured heavily because of the remakes, which is a nice treat for fans who have been campaigning for those games for so long. The latest episodes of the Pokémon anime have something for current fans and veterans, and as old friends come together to face new challenges, there may be more surprises than the trailer lets on.