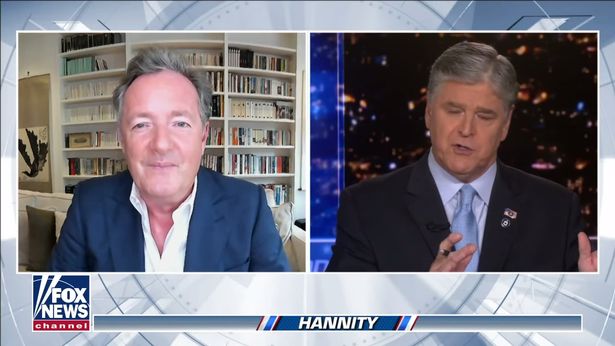 Piers Morgan has again hit out at the behaviour of Prince Harry and Meghan Markle.

And the 56-year-old didn’t hold back as he criticised Harry and Meghan once more for their “ridiculous behaviour”.

The American host appeared to goad Piers into the discussion at the start of their chat.

The 59-year-old admitted he thought that the Duke and Duchess of Sussex were hypocrites for calling the First Amendment “bonkers” while also using freedom of speech to trash the Royal Family.

After setting up the conversation for Piers to continue without actually asking a question, Piers replied: “Yeah, I think it’s completely ridiculous.

And while Piers continues to criticise the behaviour of the pair, there could still be the chance to build bridges between Harry, Meghan and the Royal Family.

Reports suggest that Harry reached out to sister-in-law Kate Middleton via text shortly after the birth of Lilibet, whose name has again divided the public’s opinion.

And as the Queen attended the G7 summit in Cornwall, she also appeared to give a special nod to her grandson and Meghan.

The 95-year-old wore the Millet Brooch, which is thought to have a sentimental link to the pair.