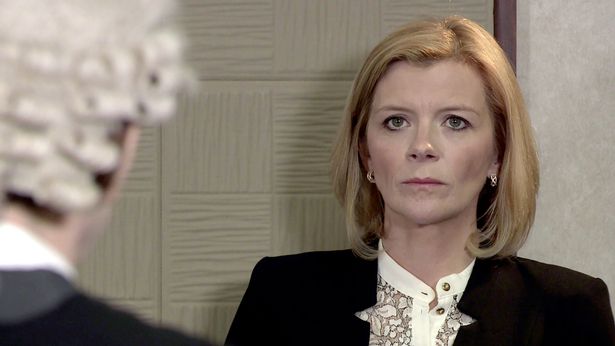 Coronation Street actress Jane Danson has teased that soap fans will see the return of the ‘old Leanne’ in upcoming episodes.

The Battersby family were dubbed the “Neighbours From Hell” and made an immediate impact on the long-running show’s loyal audience, but Leanne has certainly changed over the years.

Not only has she matured, but she’s also been through some very difficult times – with the worst being the death of her son Oliver.

Leanne is currently embroiled in drug-related drama thanks to her other son Simon – who got involved in some dodgy dealings with thug Harvey Gaskell (Will Mellor).

“I think she’s thinking, ‘well I’ve already lost a child and been through probably the worst thing that’s ever gonna happen to me, so what else could be worse than that?’ and that’s when we see her strength forming again and becomes a little old Leanne, which I always like doing.

“The writers have always remembered where she’s from and I’m really keen to keep hold of that. So I think we see old Leanne twinkling in the eyes there at the court,” she teased.

Coronation Street airs Mondays and Wednesdays 7.30pm and 8.30pm with an hour long episode at 7.30 on Fridays on ITV.