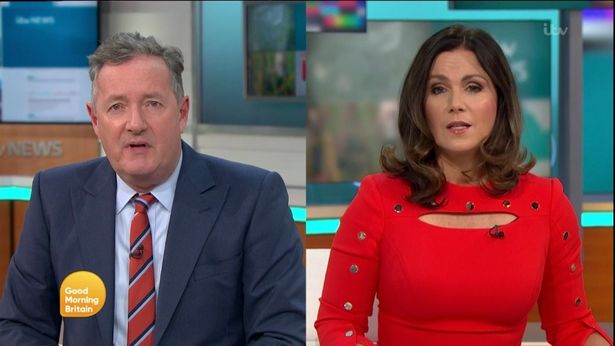 Piers Morgan hit out at Boris Johnson after he insisted schools were safe and allowed some in England to reopen for a day before his announcement last night.

The Prime Minister ordered schools to shut – after just one day back after Christmas – and told people again to “stay at home” in a return to the stark messaging from March.

Appearing on Good Morning Britain today, an incredulous Piers pointed out that Mr Johnson had repeatedly said at the weekend that schools were “completely safe”, before making a huge u-turn on Monday night.

Mr Johnson, who warned the weeks ahead would be the “hardest yet”, said the lockdown in England would last at least until mid-February, when he said 13m of the most vulnerable should have had their first Covid vaccine dose.

“All the kids, who we know are the biggest spreaders of the virus, going back for a day” he said. “What a brilliant idea by the prime minister!”

“My thoughts are with Gavin Williamson,” he continued. “This guy is the most clueless Education Secretary we’ve ever seen.”

“I watched Boris Johnson, still mindful of his six times pledge of Andrew Marr – ‘schools are safe!'” said Piers as numerous clips of the prime minister saying as such aired.

He continued: “Sorry prime minister, but how did they go from being completely safe on Sunday […to] to closing on Monday?

“Why do you do this? Why do you disrupt everybody’s lives for one day? It’s utterly insane.”