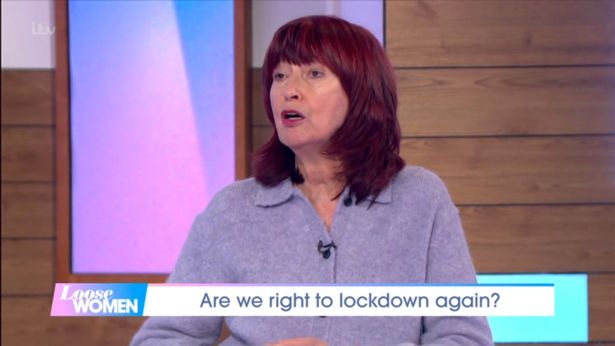 Janet Street Porter suggested the coronavirus pandemic would have been handled better if there had been more women in cabinet on today’s Loose Women.

Her comments came as the panel gave their response to Boris Johnson announcing a nationwide lockdown on Monday night.

Giving their take, Ruth Langsford and Coleen Nolan suggested the previous tier system that had been issued by the government had left a lot of people confused about the pandemic.

“We should have been in lockdown before Christmas,” said Janet, who noted that people have been jetting in out of the country for ‘foreign holidays’.

Boris Johnson is due to hold a press conference in Downing Street at 5pm this evening with chief medical officer for England Prof Chris Whitty and the government’s chief scientific adviser, Sir Patrick Vallance, to give a further update on the health crisis.