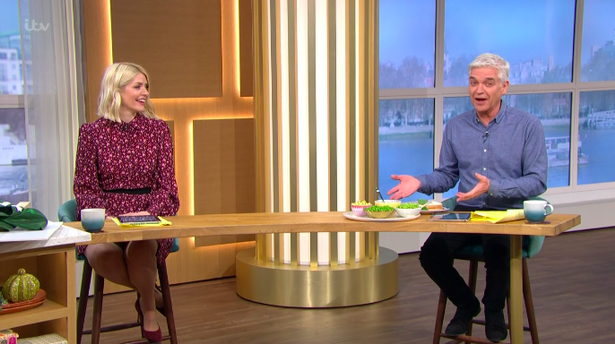 Phillip Schofield made a rather savage dig at Piers Morgan on Wednesday ahead of his appearance on This Morning.

As Phillip, 58, and Holly Willoughby began hosting the ITV show, they let viewers know what was coming up on the latest edition of the programme and were also praising peas.

Holly, 40, kicked off the subtle dig and said to Phil: “You know how Piers Morgan gets really wound up when we pick up the awards sometimes when we’ve both been nominated?”

Phil quickly bragged: “Well, we always pick up the award!” as mum-of-three giggled in response.

Referring to their segment on peas, Holly then added: “It’s this sort of thing that I think puts us above the rest!”

This week, Piers will interview English actor Rupert Everett – and admitted it was one of his favourite Life Stories he’s done to date.

Speaking about his guests often getting emotional during the “warts and all” chat, Piers said: “I don’t want people to cry, but I think it’s surprising when you go through someone’s entire life and they don’t get emotional.”

He added: “I can never remember anyone who has regretted it. They’re nervous, but they don’t regret it.”