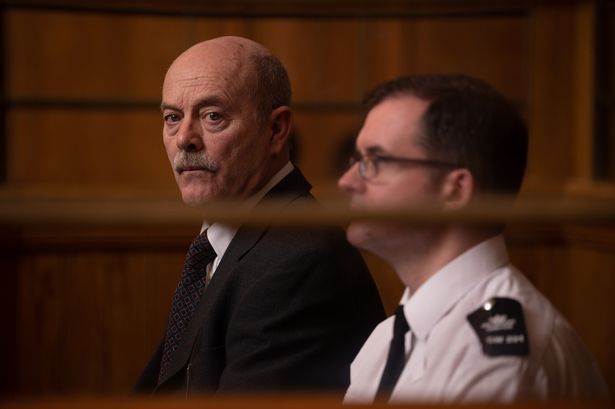 ITV drama Pembrokeshire Murders was praised by viewers as the Bullseye killer was finally snared in the explosive finale of the three-part drama.

Tonight saw serial killer John Cooper (Keith Allen) take to the stand as the evidence mounted against him for two unsolved double murders from the 80s.

In 1985, siblings Richard and Helen Thomas were slain in a double killing and just four years later, Peter and Gwenda Dixon were murdered.

This included blood of shotgun victim Peter Dixon found in the hem of his shorts, which had been sewn up to hide the stain.

Cooper was convicted for the double murders and sexual assaults and subsequently sentenced to a life order, meaning that he will never be released from prison.

Following the conclusion, viewers took to Twitter to praise the drama, branding it “absolutely brilliant” and “gripping”.

While another gushed: “Congratulations to all the actors absolutely brilliant #pembrokeshiremurders.”

“#pembrokeshiremurders has been excellent” #KeithAllen doesn’t have to say a lot to deliver a brilliant performance,” another commented.

*Pembrokeshire Murders is available to rewatch on ITV Hub