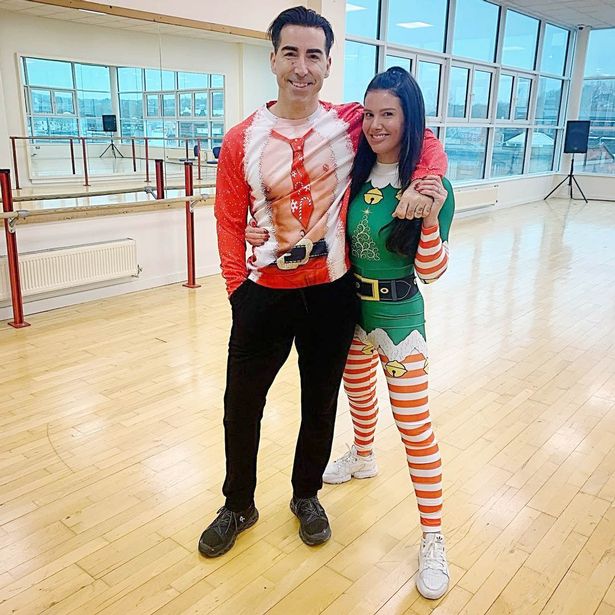 The mum-of-five said despite giving birth so many times, she hates the sight of the blood, and when she saw it pouring from Andy’s face she almost passed out.

Andy has been left scarred for life in the horror incident, days before professional Yebin Mok was also forced to pull out when she was sliced in the leg by her partner Graham Bell’s skates.

Speaking to The Mirror and other media, Becky revealed: “I’ve had so many falls, and obviously I injured Andy and that was the most horrific experience

“I actually thought he was messing around to begin with, because he does like to rib me a bit.

“But it was my fault because if I had done it right, it would never have happened, but accidents are bound to happen and it’s about how you bounce back.”

Becky revealed she felt incredibly sick to go back on the ice the next day and was unsure if she would even be able to face it again.

“But you have to get straight back out there otherwise fear will overcome everything you achieved so far,” she said.