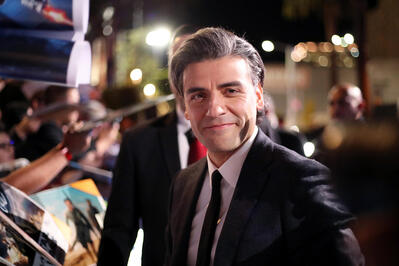 The Marvel Disney+ slate is filling out and Moon Knight is quickly becoming one of the most anticipated of the MCU shows, especially after it was confirmed that Oscar Isaac has been tapped to play the mysterious eponymous hero. Among the other shows coming to Disney+ as part of Phase Four of the Marvel Cinematic Universe, Moon Knight is a less familiar name than the likes of Ms. Marvel and She-Hulk. Here’s what you need to know about the character, his powers, and the show.

Oscar Isaac will lead the series. Reports of Isaac taking on the role started circulating in October, with director Aaron Moorhead confirming the casting via tweet in early January 2020. Days later, The Hollywood Reporter exclusively reported that May Calamawy would be joining Isaac in an unannounced role.

The directing slate is impressive. Egyptian filmmaker Mohamed Diab has been tapped to direct Moon Knight, according to Deadline. Moorhead and his directing partner Justin Benson will also be directing “several episodes,” per THR.

The character’s backstory is fun. Created by Doug Moench and Don Perlin, Moon Knight first popped up in Werewolf by Night in 1975. Since then he’s teamed up with the Avengers, the Secret Avengers, and the X-Men too, including She-Hulk. Unless the MCU goes back and completely rewrites his origin story, Moon Knight will revolve around Marc Spector, a former boxer who becomes a marine and later a mercenary. After he gets involved with the Egyptian gods (it’s a long story!), he’s offered a chance to redeem himself by becoming a god’s avatar on Earth. He calls himself “The Fist of Khonshu,” with Khonshu being the ancient Egyptian god of the moon. He’s also got multiple alter egos and is frequently compared to DC Comics’ Batman.

Disney Plus: Everything to Know About the Streaming Service

The character has vague powers. Thanks to his military training he’s got the skills of a soldier, but when it comes to being a superhero those are a little murky. He’s got a high pain tolerance and depending on the situation, his multiple personalities either aid or hinder him when it comes to fighting others (it’s believed he has dissociative identity disorder). Also, considering his powers are from the moon god, his powers are dependent on lunar cycles.

But at least he has a cool costume! Parts of his suit are made of adamantium (aka, what Wolverine’s claws are made from) and has a giant cape to help him fall with style from great heights.

The show comes from Jeremy Slater. According to The Hollywood Reporter, Slater has been tapped to develop and lead the writing team for the new series. Slater is behind Netflix’s comic book adaptation of The Umbrella Academy. He was also a co-writer on 2015’s Fantastic Four.

It’s unclear when the show will debut. Moon Knight is slated to come out at the back end of Phase 4, which has already been pushed back thanks to production delays due to the coronavirus pandemic. No start date has been set for Moon Knight‘s production.

We also don’t know which other major characters (if any) it will involve. Considering the name “moon” is right in its title, the series could easily connect to other MCU movies not set on Earth, like Guardians of the Galaxy or even Thor: Love and Thunder. We’ll just have to wait and see.

Marvel has been trying to make a Moon Knight movie or TV series for years. Way back in 2006, Marvel discussed bringing Moon Knight to the small screen with a series, before the MCU was even a thing. However, that fell through. Guardians of the Galaxy director James Gunn then discussed that he once pitched a Moon Knight movie, but it never came to be.