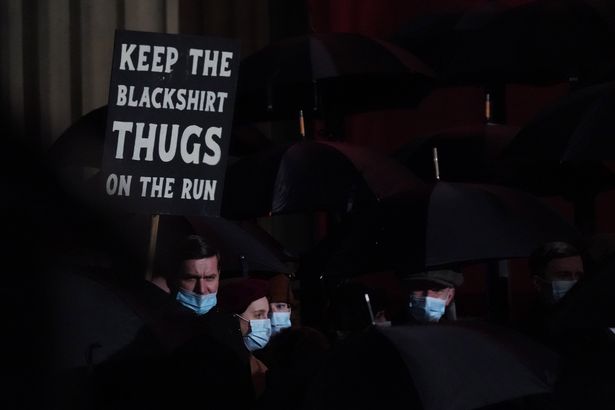 The eagerly anticipated series six of the BBC’s hit drama Peaky Blinders is getting closer as these sneak, erm, peaks of the latest scene show.

Production crews assembled on the steps of the St George’s Hall in Liverpool as the gritty gangster drama once again shot scenes in the north west.

The images set the scene for a dramatic anti Fascist demonstration as people arrived at an event to be faced by a large crowd of anti ‘Black Shirt’ protesters in the pouring rain.

With huge moments throughout, including Aunt Polly’s resignation, and Michael making his move, the series cliff hanger left viewers wondering whether it was indeed the end of the powerhouse.

With fans chomping at the bit for the new series, it’ll be interesting to see how this run pans out.