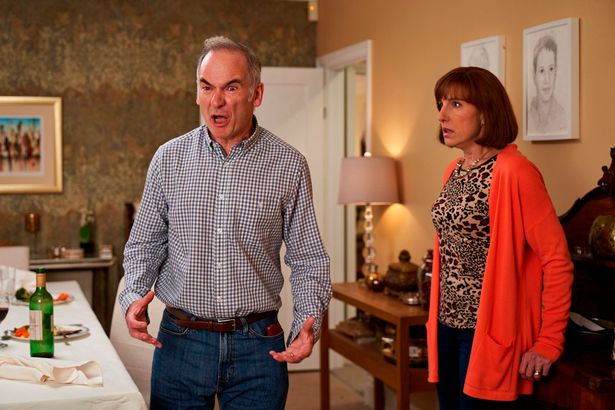 Paul Ritter, who died this week aged 54 from a brain tumour, will be honoured in the upcoming anniversary special of Friday Night Dinner, where he played the much-loved character Martin Goodman.

As the Channel 4 sitcom turns ten this year, a special documentary celebrating the success of the show was being planned to air in the spring.

Ritter was due to be taking part in the documentary, but after his tragic passing he will be honoured instead, with tributes being paid to the actor, who also starred in Chernobyl and Harry Potter and the Half Blood Prince.

Friday Night Dinner only has a small cast – with the main family occasionally joined by annoying Jim, their two very differing grandmas and the wild Auntie Val.

Sadly, three popular members of the cast have tragically passed away in just over a year.

Frances Cuka, who played the boys’ “lovely Grandma”, sadly passed away on February 16 last year at the age of 83, while Rosalind Knight, who played the “horrible Grandma” died aged 87 at the end of 2020.