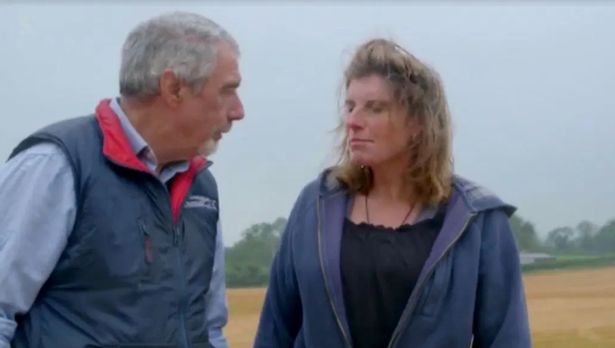 Our Yorkshire Farm star Amanda Owen was not impressed with her husband recently when he left her to load bales of hay alone.

In a clip from the Channel 5 series, 46-year-old Amanda and her husband Clive are seen loading up one of their trucks as one of their nine children reveals it’s starting to rain.

But things were about to go from bad to worse as 67-year-old Clive told his wife he would be heading back to the farm – leaving her to pick up the remaining bundles – plus any that may fall off the truck.

Clive said to Amanda: “We just start and see where we end up. The forecast is saying it’s going to rain later on today so, we hopefully will get it on and get it home and in the barn before the rain comes.”

As Clive drove off back to the farm, Amanda turned to the camera crew and said: “That has actually happened.”

Amanda was just a trainee shepherdess looking for a ram when she met divorced farmer Clive back in 1995.

Describing the first time they met on their popular Channel 5 series, Amanda explained that she came to a burrow a “tup”, which is a male sheep to those not used to farming lingo.

While it certainly wasn’t love at first site for Amanda, divorced bachelor Clive was immediately attracted to the young woman standing in his doorway despite their 21-year age gap.

Our Yorkshire Farm airs Tuesday at 9pm on Channel 5.