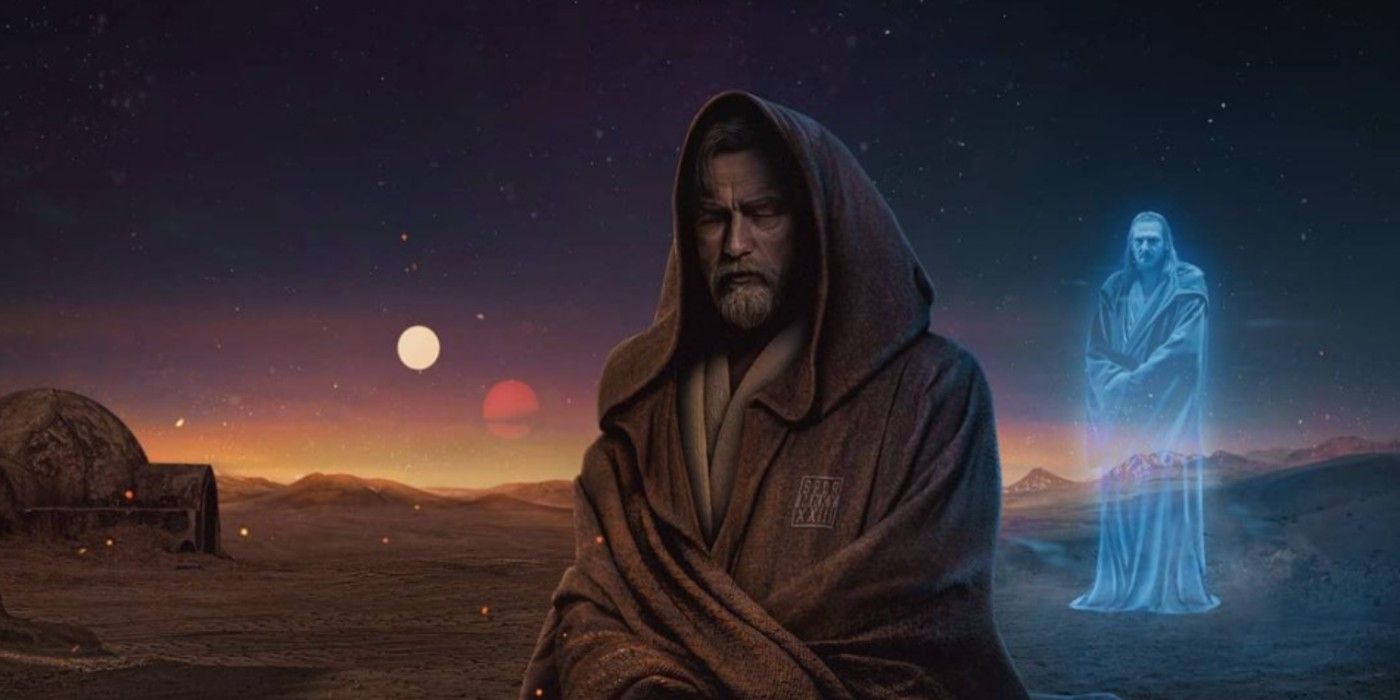 New fan art for the upcoming Obi-Wan Kenobi show sees Obi-Wan getting a special visitor on Tatooine. Ewan McGregor is set to reprise his role for the upcoming Disney+ Star Wars show, one of 10 slated to hit the streamer in the next few years. The show will follow Obi-Wan 10 years after the conclusion of Star Wars: Episode III – Revenge of the Sith, leading to an eventual confrontation with Darth Vader, for which Hayden Christensen will be reprising his role.

Not much else is known about the show. Set to start filming in January in London, the show is one of the only Star Wars shows to directly address the events of the controversial prequels. Obi-Wan will likely be found in self-imposed exile on Tatooine, protecting baby Luke Skywalker from his evil father. Footage from Disney’s Investor Day teased the eventual confrontation between Obi-Wan and Darth Vader, but what else could happen in the limited series is up in the air.

New fan art from SPDRMNKYXXIII finds Obi-Wan in the midst of his self-imposed exile. The desert of Tatooine stretches behind him, with the dual moons in the sky. Obi-Wan is clearly aged in the poster, reflecting the years that have passed since his fateful encounter with Anakin on Mustafar. Behind him stands the Force ghost of his former Jedi master Qui-Gon Jinn (Liam Neeson), who died at the hands of Darth Maul in Star Wars: Episode I – The Phantom Menace. Check out the full art below:

Kenobi will surely find the titular Jedi demoralized. The time between Revenge of the Sith and Obi-Wan’s appearance in Star Wars: Episode IV – A New Hope is mysterious – what exactly Obi-Wan was up to, besides protecting Luke, is rife with unknowns. One thing is for sure, though: after his devastating fight with Anakin on Mustafar, the Jedi will have to recoup his strength and his pride after feeling like he failed his young Padawan.

A visit from his former master in the form of a Force ghost could be the very thing to bring him out of his slump and propel him to protect the galaxy from Vader’s impending rule. While it’s clear that he ultimately fails, the influence of his former master would be an important one that could help him sum up the courage to face off against Vader not once, but twice. Force ghosts are a common appearance in the Star Wars franchise and with Obi-Wan Kenobi set to have multiple characters who can channel the Force, it would be a great moment to have Qui-Jon return for one last pep talk.