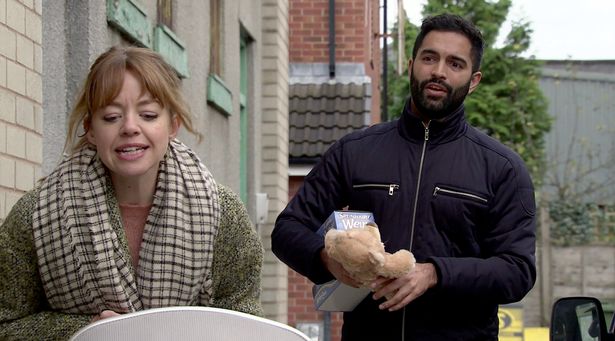 Coronation Street’s Imran and Toyah are due for a baby bombshell this Christmas.

After struggling to have children of their own and deciding to become foster parents, the couple were torn over what to do when they were finally given the go-ahead just as Toyah’s sister Leanne lost her son Oliver after a tragic battle with the rare mitochondrial disease.

But now, the on-screen couple are set for a shake up as they’re handed a baby boy named Mason to foster during the festive period.

Speaking about his new storyline, Imran actor Charlie de Melo revealed what it will mean to Imran and Toyah, played by Georgia Taylor, and the effects it will have on their loved ones.

“I was mostly terrified if I’m honest and the fact it has gone down well is very, very thrilling. It’s a huge relief really and I’m very grateful.”

Charlie agreed that his character was finally saying everything to Geoff that viewers have been dying to say to him for months.

He said: “Being able to dress down an abuser like that in a very public way, that was incredibly cathartic for me at least to get the opportunity to do that.

“It seems like it’s resonated with a lot of people as well as the whole story did.”