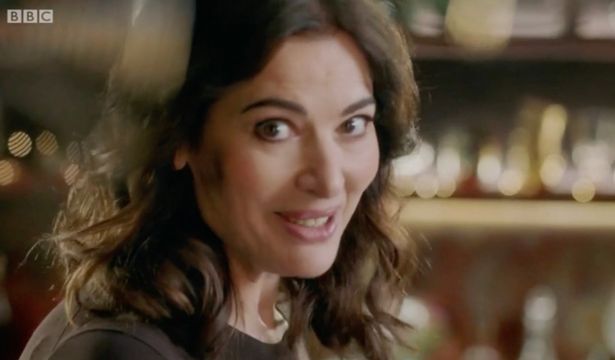 Nigella Lawson baffled fans after sharing a recipe for her banana skin and cauliflower curry with one person saying “2020 just got more bonkers.”

But it was the final recipe, a banana skin and cauliflower curry that really surprised viewers.

Explaining her inspiration for the dish, Nigella said: “I can’t bear throwing anything away. And when I found out that you could eat banana skins, I couldn’t get in the kitchen fast enough. It’s a revelation.

A third said: “They’d better watch this on Gogglebox.”

Whereas one person said: “I feel like @Nigella_Lawson making something delicious out of old banana skins is the perfect metaphor for good things emerging in the final weeks of one totally awful 2020.”

Nigella also referenced the recipe on Twitter, writing: “I hope I didn’t traumatise you too much with the banana skins (I promise you the curry is divine).”

Might be too late for that it seems! What did you think of the recipe? Let us know in the comments below.

Do you have a food story to share? We want to hear all about it. Email us at yourmirror@mirror.co.uk