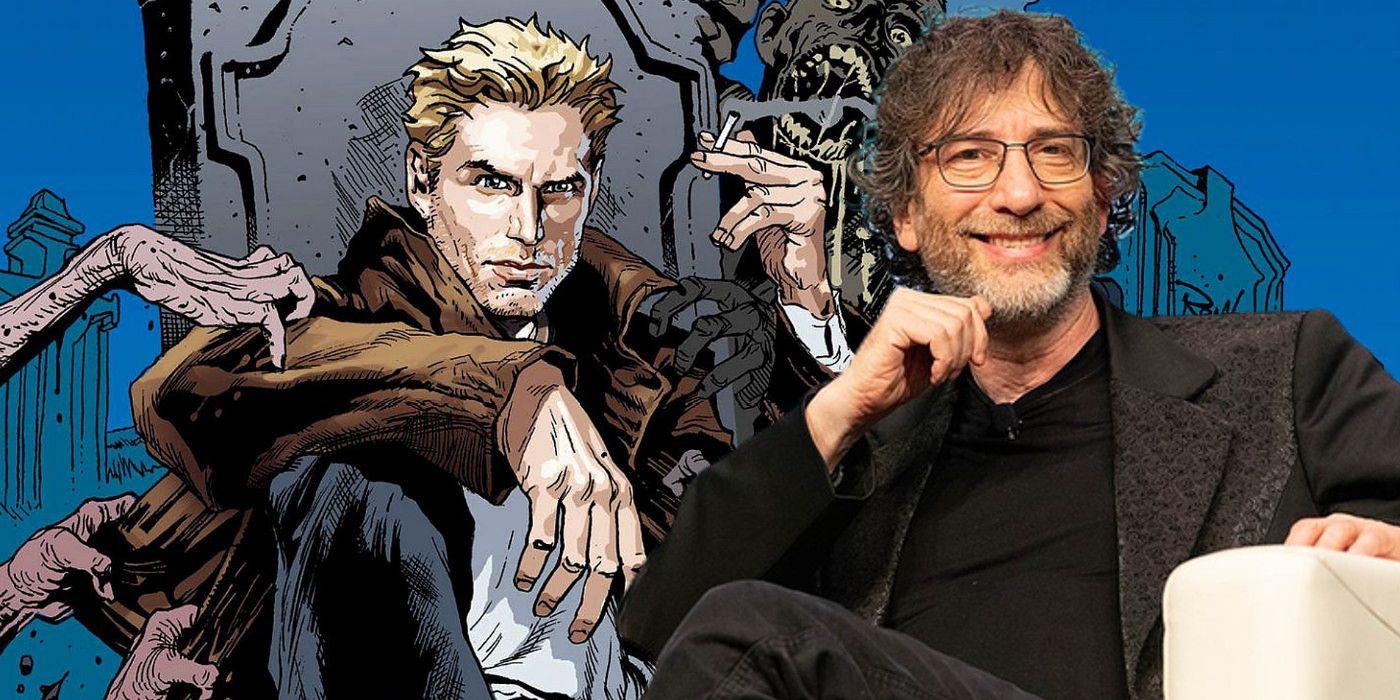 Neil Gaiman teases a possible Constantine appearance in the upcoming Netflix adaptation of The Sandman. The fantasy series is based on Gaiman’s best-selling graphic novel series of the same name, which ran for 75 issues from 1989 to 1996. The series followed the adventures of Morpheus, or Dream, the Lord of the Dream World. Set in the year 2021, Netflix’s adaptation will take on a more modern approach to the story, focusing on Morpheus after being imprisoned for 105 years as he sets out to restore order to his fallen kingdom and return to his realm. Gaiman, who is also co-creating the series, has kept details surrounding the show largely under wraps. Last week, he revealed the show had already started filming and a cast has still not even been announced yet.

Fans have been left speculating about who will portray the mythical figures in the upcoming show. Liam Hemsworth is reportedly on the shortlist to play The Corinthian, a nightmare created by Dream. Meanwhile, Tom Sturridge (Sweetbitter) has been rumored for a while now to play Dream, though he has not yet been confirmed. From the beginning of his story in the graphic novels, Dream encounters many characters from the DC universe, including John Constantine. Otherwise known as Hellblazer, Constantine is a cynical conman who appears in the first Sandman trade paperback collection, Preludes and Nocturnes. The character was first portrayed on screen by Keanu Reeves in the 2005 film Constantine before he was played by Matt Ryan on NBC’s Constantine in 2014, which was canceled after one season. Ryan then reprised his role in the fourth season of Arrow before joining Legends of Tomorrow in a recurring role in season 3 and has since become a key part of the Arrowverse.

With Constantine part of the Arrowverse, some are wondering whether he can still appear in The Sandman series. Gaiman addressed this when a fan asked him on Twitter about the show’s rights to DC characters, using Constantine as an example since he is currently in the Arrowverse. “Wait and see,” Gaiman cryptically replied.

Gaiman previously wrote a one-off story about Constantine for Hellblazer #27. “Hold Me” is considered by fans to be one of the best one-shot stories about Constantine. After the original comics ended in 2013, John Constantine: Hellblazer was launched in 2019, which was praised by fans. When DC Comics announced its decision to discontinue the Hellblazer series after issue 12 due to a lack of sales, Gaiman shared a Change.org petition to help save the series.

Gaiman did not necessarily confirm if Constantine will appear in The Sandman series, as it wasn’t clear whether he was acknowledging the fan’s specific question about Constantine or just the DC characters in general. However, Constantine’s addition to the series would likely be welcomed, as he’s widely adored by fans. More information regarding the cast and characters is sure to come out closer to the show’s release.