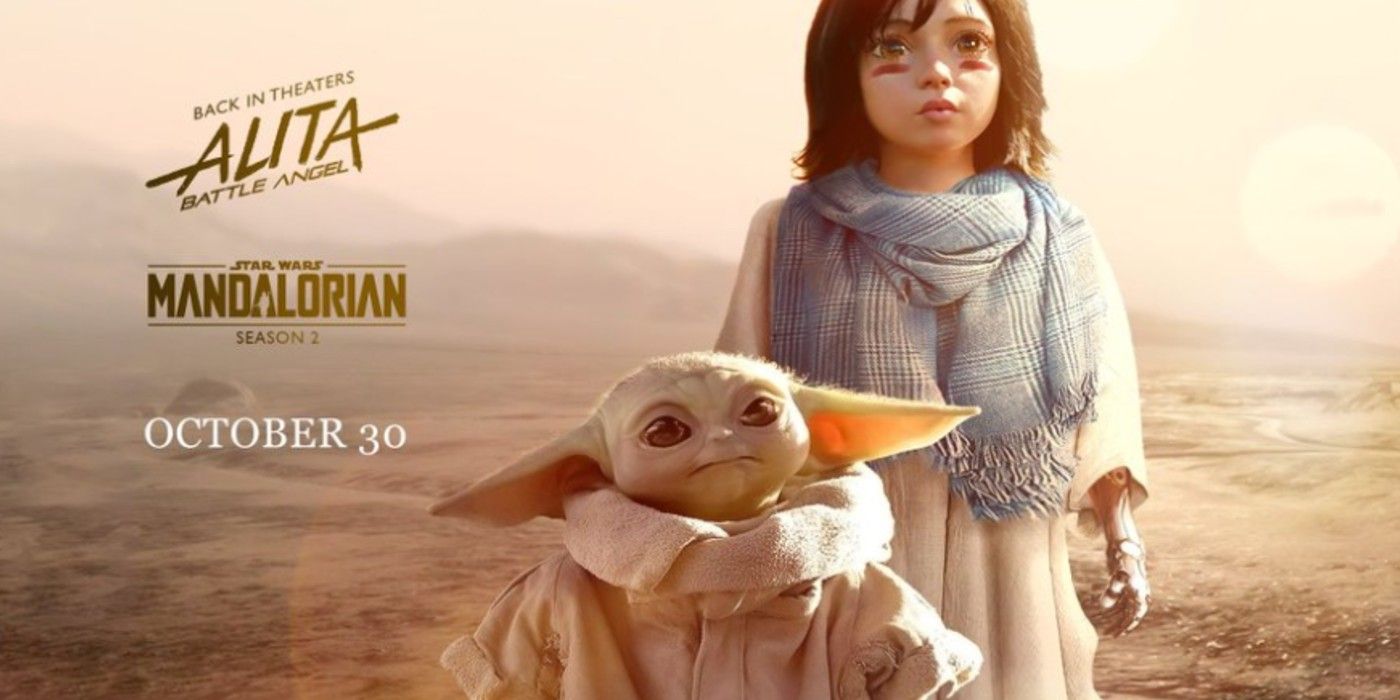 Director Robert Rodriguez has shared some adorable crossover art via Twitter. The image shows Baby Yoda standing beside a young Alita as the two look out into the distance. The picture also has “October 30″ written in white next to Alita and the Child. Further writing on the side reveals that October 30th will be a big day for both Alita: Battle Angel and The Mandalorian. More specifically, the text explains that Alita: Battle Angel will be re-released in theaters while season 2, episode 1 of The Mandalorian is set to premiere on Disney+. Rodriguez is also directing at least one episode of The Mandalorian season 2. You can check out this sweet (and informative!) piece of fan art below:

Alita: Battle Angel will certainly face stiff viewing competition, especially in the first few days of The Mandalorian’s release on Disney+. Expectations are high for season 2 of the Star Wars series, and fans are excited to see characters such as Ahsoka Tano (Rosario Dawson) and Bo-Katan Kryze (Katee Sackhoff) join The Mandalorian. However, that’s not to say that fans can’t catch the new episode of The Mandalorian before going to see Alita: Battle Angel. Either way, it’s clear October 30th will be a big day for everyone involved, whether fans want to revisit a post-apocalyptic Earth or journey to a galaxy far, far away.