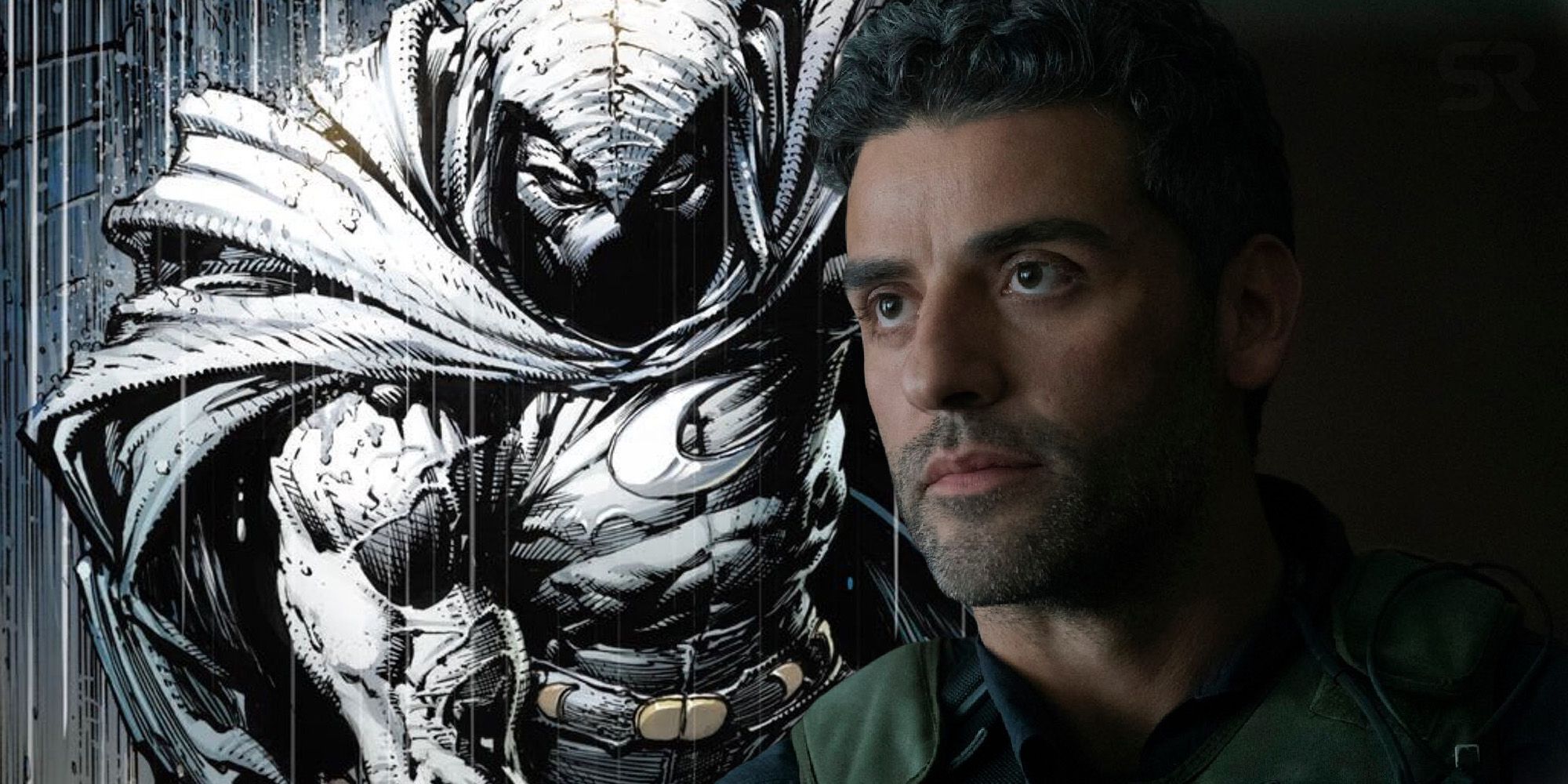 Marvel’s Moon Knight series is now confirmed to feature both Oscar Isaac and the character’s white costume. The upcoming show is one of several on the way at Disney+ that take place in the Marvel Cinematic Universe. WandaVision is up first, as it will premiere January 15. However, some are already looking ahead to series that won’t debut until later in 2021 and beyond, including She-Hulk, Ms. Marvel, and Hawkeye. Among these is Moon Knight, which centers around Marvel’s answer to Batman, Marc Spector. At this point, many details about the series remain unknown. However, some exciting information has already been revealed.

In October 2020, it was reported Isaac was in negotiations for the title role, though Marvel did not confirm his casting at the time. Additionally, Moon Knight will reportedly start filming in March of this year, around the same time as She-Hulk. Marvel Studios president Kevin Feige has also discussed some story aspects of the show, confirming it will explore Spector’s mental illness, a huge part of his journey in the comics. At the same time, Feige noted, “It’s been a while since we’ve had an action hero who jumps out of buildings and gets into fights,” suggesting Moon Knight will bring some grit to the MCU.

Gregory Middleton, Moon Knight‘s director of photography, has offered an exciting update on the series. In an Instagram post, he stated Spector will wear his iconic white costume from the comics. Middleton also tagged Isaac in his caption, calling him “an amazing performer” and confirming the actor’s role in the series.

Though Isaac’s casting was widely reported, it’s a relief to have confirmation from someone associated with the show. In the last two or three years, Isaac has become one of the most widely sought after actors in Hollywood. He seems like a great fit for the MCU and already has a relationship with parent company Disney thanks to his role as Poe Dameron in the Star Wars sequel trilogy. Isaac also isn’t a stranger to playing Marvel superheroes; he appeared briefly in the animated film Spider-Man: Into the Spider-Verse as Miguel O’Hara/Spider-Man 2099 and will likely return for the upcoming sequel.

The news about Moon Knight’s white costume is exciting as well. Its inclusion will satisfy readers of the comics and also help Spector stand out from other Marvel characters, none of whom have worn a costume quite like that in the MCU. All told, Middleton’s Moon Knight update should build anticipation for the series as it nears its reported filming start in a couple of months.