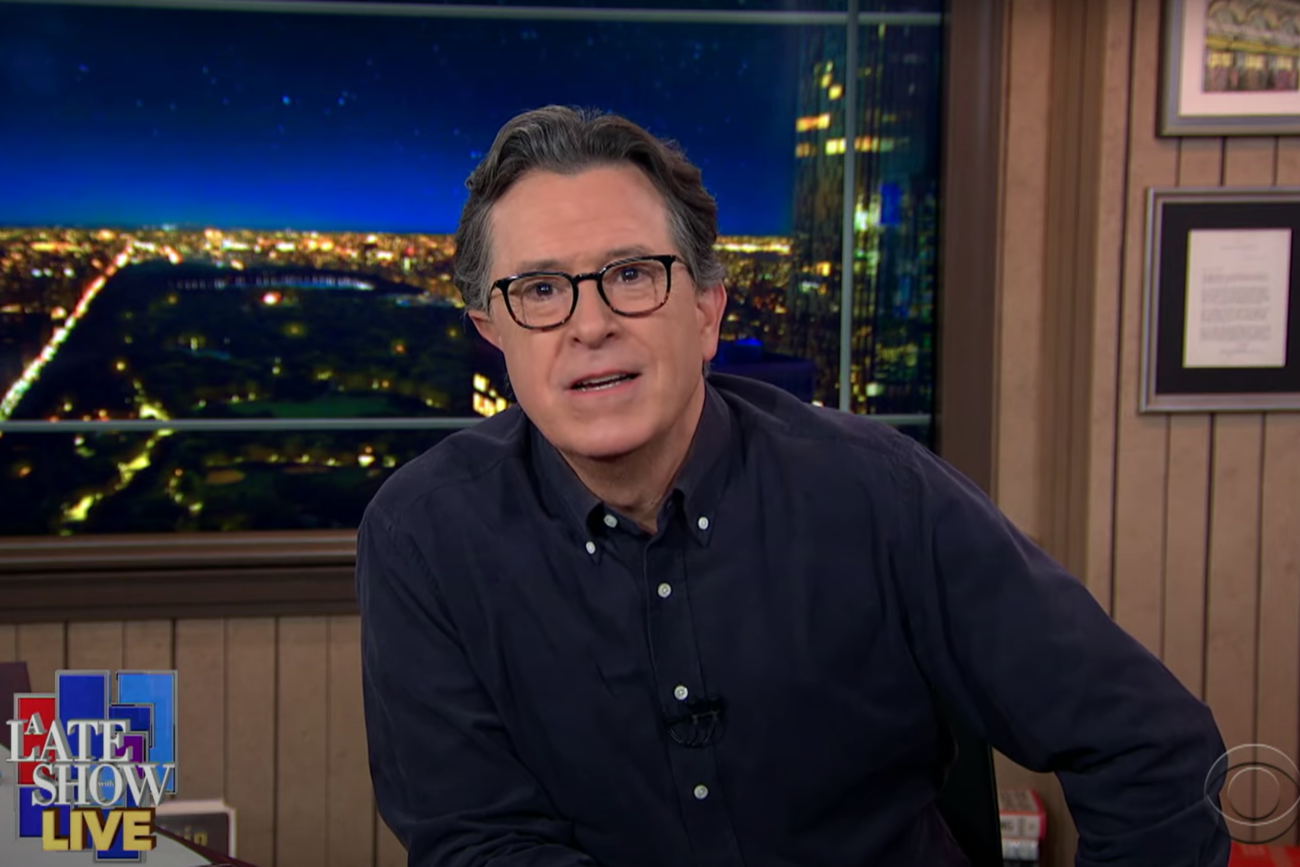 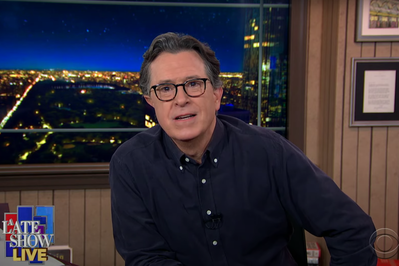 There is very little that hasn’t already been said about Wednesday’s scene at the U.S. Capitol, where Trump supporters stormed the building in an attempted coup, but it’s the job of late night hosts to weigh in, so weigh in they did. Stephen Colbert began the Late Show with a rare live monologue, where he appeared visibly angry as he discussed his feelings about the riots at the Capitol. “I’ve rarely been as upset as I am tonight, and I’m sure you are too,” he said.

Jimmy Kimmel welcomed viewers to “the treason finale of the Donald Trump era,” while Seth Meyers, also live, implored viewers to be “as plain spoken and clear-eyed as possible” when talking about the incident, and to acknowledge Trump’s encouragement of it. At Jimmy Fallon’s Tonight Show, he spoke about the chaos of the day with guest Don Cheadle, who referred to it as “a historical event that could have been predicted.”

Take a look at how the late night hosts covered the pro-Trump riot at the Capitol.

The Late Show with Stephen Colbert

In his emotional 14-minute monologue, Colbert repeatedly called out Republican senators and congresspeople, including Sen. Ted Cruz and Sen. Josh Hawley, for their role in inciting the mob. “Have you had enough? After five years of coddling this president’s fascist rhetoric, guess whose followers want to burn down the Reichstag,” Colbert said. “Who could have seen this coming? Everyone. Even dummies like me. This is the most shocking, most tragic, least surprising thing I’ve ever seen.”

Later, he welcomed Sen. Amy Klobuchar, who was present at the Capitol during the riots, as his guest. Klobuchar explained what it was like to watch the day’s events unfold. Of Trump’s involvement, she said, “Not only did he incite it, he did nothing to stop it.”

After referring to the mob as a “psychotic Price is Right audience forcibly taking control of the Plinko wheel,” Kimmel called out people like Trump, Rudy Giuliani, and Cruz for keeping the false narrative of a “stolen election” alive, saying, “These people are not Americans. There is no ‘We the people’ — there is ‘Me the people,’ and that’s it.”

Meyers gave a sober monologue in which he echoed Colbert’s feelings about Cruz and Hawley’s involvement in inciting the day’s events. “They goaded this on. They’re responsible for this. They should wear this shame in disgrace for the rest of their lives,” he said. “No one who aided and abetted today’s actions should be allowed to serve in the democracy they so clearly detest.”

Later, though, Meyers expressed his hopefulness about the newly elected Georgia senators, Raphael Warnock and Jon Ossoff, saying voters “helped repudiate the violent, racist authoritarianism of Trump and his movement.”

“If my grandfather were alive today and saw what was happening in the country that he fought for, he’d be disgusted,” Fallon said in his monologue, after noting that it was a difficult night to host a comedy show. “People walking around with the flag upside down, thinking they’re patriotic. Today was not patriotism. Today was terrorism.”

Later, Fallon welcomed guest Don Cheadle, who noted the vast difference in the police reaction to the pro-Trump riots compared to their response to Black Lives Matter demonstrations. “To be caught unaware is very curious to say the least,” he said of the small law enforcement presence at the Capitol. Cheadle also added that he wasn’t surprised by Trump’s denial of the election results, saying, “I’m surprised that people are surprised in some ways, because this is not something that wasn’t foreshadowed by the president already.”

James Corden opened his monologue by noting that it had been a “dark day” for America, but expressed his hope for the country moving forward. “Today was [Trump’s] last dance at the worst party any of us have ever been to, so if you can, have hope,” he said. “We’ve seen in these past few weeks that voting counts, change is coming, science is real, vaccines are on the way. I really do believe that there are better times ahead.”