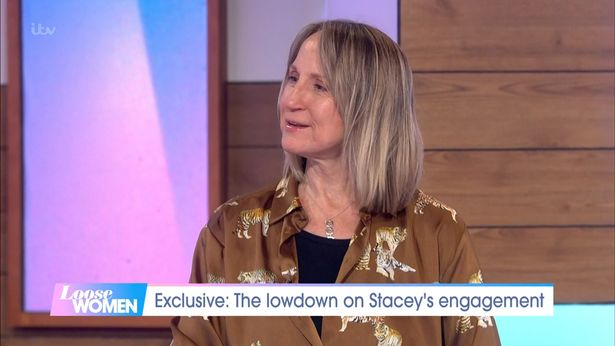 Carol McGiffin has sparked outrage from viewers after she appeared to defend pro-Trump rioters that stormed the US Capitol yesterday.

The 60-year-old Loose Women star was branded ‘ignorant’ by viewers as the ITV panel discussed the shameful happenings that took place in the United States on Wednesday.

Four people died and at least 52 rioters were arrested when the mob broke into the U.S Capitol building, spurred on by departing president Donald Trump.

While the Loose Women panel largely spoke of their disgust following the violence and chaos that ensued in Washington, Carol’s response was not received well by some Loose Women fans.

“The violence was just absolutely shocking and criminal damage is never acceptable for any reason, it just isn’t and that’s my view,” Carol began.

“Not Carol McGiffin on #LooseWomen saying that people alleging fraud “weren’t listened to” Trump lost dozens of cases where he presented his case, Carol. Some were presided on by judges he appointed, spouting “they weren’t listened to” is nonsensical and dangerous.”

“Carol McGiffin is a disgrace and ignorant. #loosewomen,” wrote another.

A third added: “Surrrreeely not #CarolMcGiffin and #StaceySolomon on #LooseWoman defending the Trump riots last night “Everyone has the right to protest” and implying the US election was rigged.”

A representative for Carol as well as ITV’s Loose Women have been approached by The Mirror for comment.