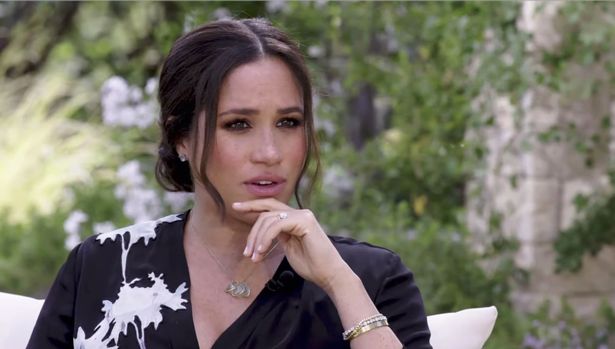 Meghan Markle has admitted she googled the words to the National Anthem in a bid to make the Royal Family “proud” when she first joined them.

The Duchess of Sussex said she was committed to making her new role as a royal a success and wanted to prove to her new family that she was dedicated.

Her comments came during the interview she and Prince Harry did with Oprah Winfrey discussing why they chose to leave the Royal Family and start a new life in America.

Harry and Meghan began dating in 2016 and married in 2018, but decided to step down from their roles as senior roles in early 2020.

The couple claimed one of the royals was concerned about the colour of baby Archie’s skin, but they decided not to name them.

Harry also said Prince Charles stopped returning his calls when they made the decision to leave, admitting he felt “let down” by his dad.

*Watch the full interview on ITV at 9pm on Monday night and on ITV Hub, Courtesy of Harpo Productions/CBS