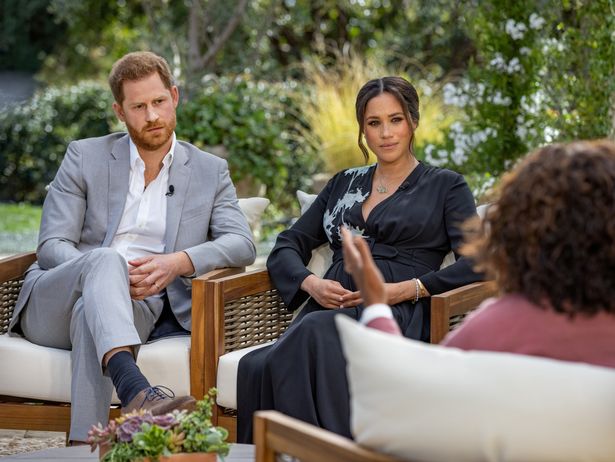 Meghan Markle and Prince Harry ‘s bombshell interview with Oprah Winfrey turned out to be one of the biggest TV events in the US in the last year.

17.1 million Americans tuned in to hear the former royals lift the lid on their time in the palace, as the pair accused the Royal family of racism and of failing to protect them from negative media coverage.

The two-hour tell-all chat was the second most-watched TV special trailing behind the annual Super Bowl, which this year attracted around 100 million viewers.

Sunday’s interview was the first given by the couple since they stepped back from the royal family a year ago.

The Duke of Sussex then admitted that he probably wouldn’t have quit the royal family if it hadn’t been for Meghan, saying he was “trapped” in the system.

He said his dad and brother “are trapped” and “don’t get to leave”.

The pair then went on to share the lovely news that they are having a baby girl.

They announced the pregnancy last month with a beautiful black and white photo, but used the interview to reveal the gender.

Watch the full interview on ITV at 9pm on Monday night and on ITV Hub, Courtesy of Harpo Productions/CBS.