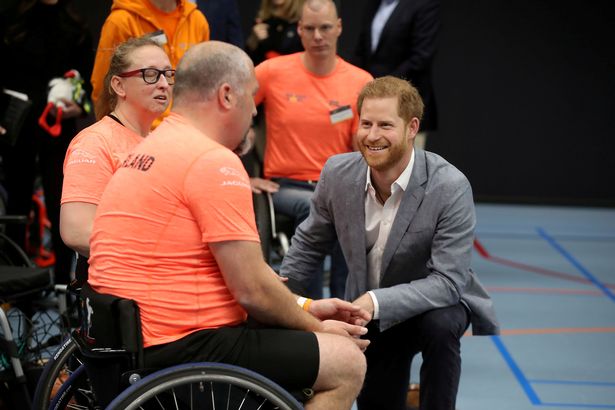 The Duke and Duchess of Sussex previously signed a multi-million dollar deal with the streaming giant to produce content for them through their Archewell Productions company.

Now their first documentary series Heart of Invictus has been announced, which will be directed by Orlando von Einsiedel.

The series will focus on injured or ill service members around the globe preparing for the 2022 Invictus Games at The Hague, The Netherlands.

The episodes will chart the journey of the competitors as they train up, the organizers as they set to work making the planned games a reality, and also the national teams working with both sides for the delayed games next Spring.

Prince Harry himself was previously instrumental in the launch of the games in 2014 and is a patron of The Invictus Games Foundation.

Peter added: “He has this deep fellow feeling for people who have come through a trauma and who have shown the resilience and the humanity and not just to find the will to go on but to do something with their lives.”

The Sussexes are venturing into the entertainment industry following their stepping down from duties as senior members of the Royal Family in January 2020.

Will you be watching Prince Harry and Meghan Markle’s new documentary series? Let us know in the comments below.