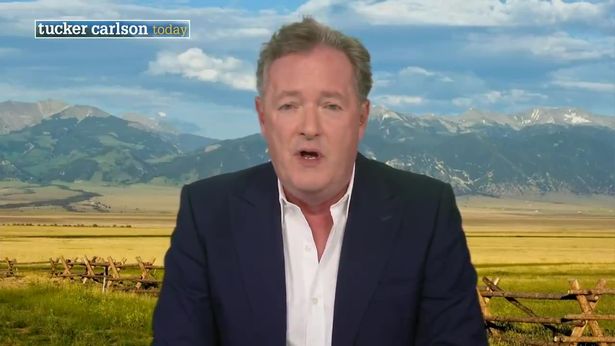 Piers Morgan said he has received messages from the Royal family after the Oprah bombshell.

The TV presenter divulged he had received messages of “gratitude” from people speaking on behalf of several members of the Royal family following Meghan Markle and Prince Harry’s tell-all Oprah chat.

Coyly, Piers shied away from name dropping which of the Royals had sent their well wishes to the star in his explosive interview with Extra’s Billy Bush.

“I’ve had some messages communicated to me on behalf on several members of the Royal Family,” he said.

“I’m not going to go into who it was… but gratitude that somebody was standing up.”

Piers sent shockwaves through the showbiz circuit when he quit Good Morning Britain.

The Duchess of Sussex had taken the time to lodge a complaint herself against the star after one of his explosive rants on GMB.

In his Daily Mail column, he wrote: “Oh s**t. This must be more serious than I thought. Mid-afternoon, Kevin Lygo, ITV’s Director of Television, who I’d spoken to several times since yesterday, rang to say we were now ‘on the cliff edge’ and either I apologised, or I would have to leave GMB.

“And even if I did apologise, that wouldn’t be the end of it. The woke brigade would keep coming for me, demanding I apologise for everything else they find offensive – which of course, is absolutely everything.”

He added: “I called Kevin back, said I wouldn’t be apologising, and we agreed I’d leave GMB with immediate effect.”

It’s said Piers was at the heart of a 10million bidding war as he has become the most in-demand presenter.