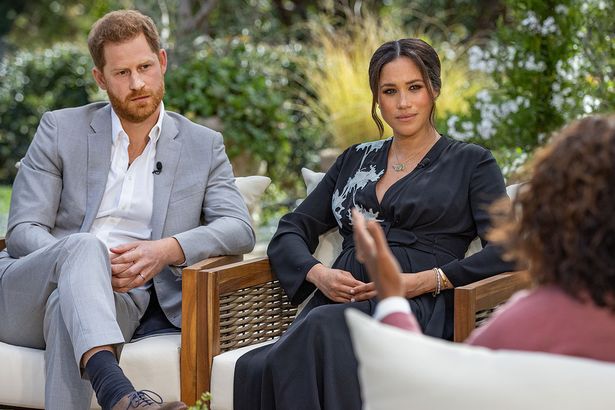 Meghan Markle and Prince Harry have “regrets” over the unfortunate timing of their interview with Oprah Winfrey, but insist they had no control over when it was aired.

Their explosive interview aired while Prince Philip was in hospital and Harry’s grandfather has since passed away.

But while Meghan and Harry regret the timing of the interview, it is something they felt they had to do, a source close to the pair told Heat Magazine.

Harry had not seen the Duke of Edinburgh in over a year following his decision to quit the Royal Family and his life in the UK.

But he did have a close bond with the 99-year-old and spoke highly of him in the tell-all discussion with the US presenter.

And now a source close to Meghan and Harry has told how the Duke and Duchess of Sussex “wish things could have been different”.

He has also praised his grandfather for how supportive he was of the Queen.

Harry made the journey back to the UK for Prince Philip’s funeral without Meghan who had been advised by doctors not to travel.

A friend of the former Suits star says she is “ready to forgive” the Royal Family after Prince Philip’s death and “wants to put their differences aside”.