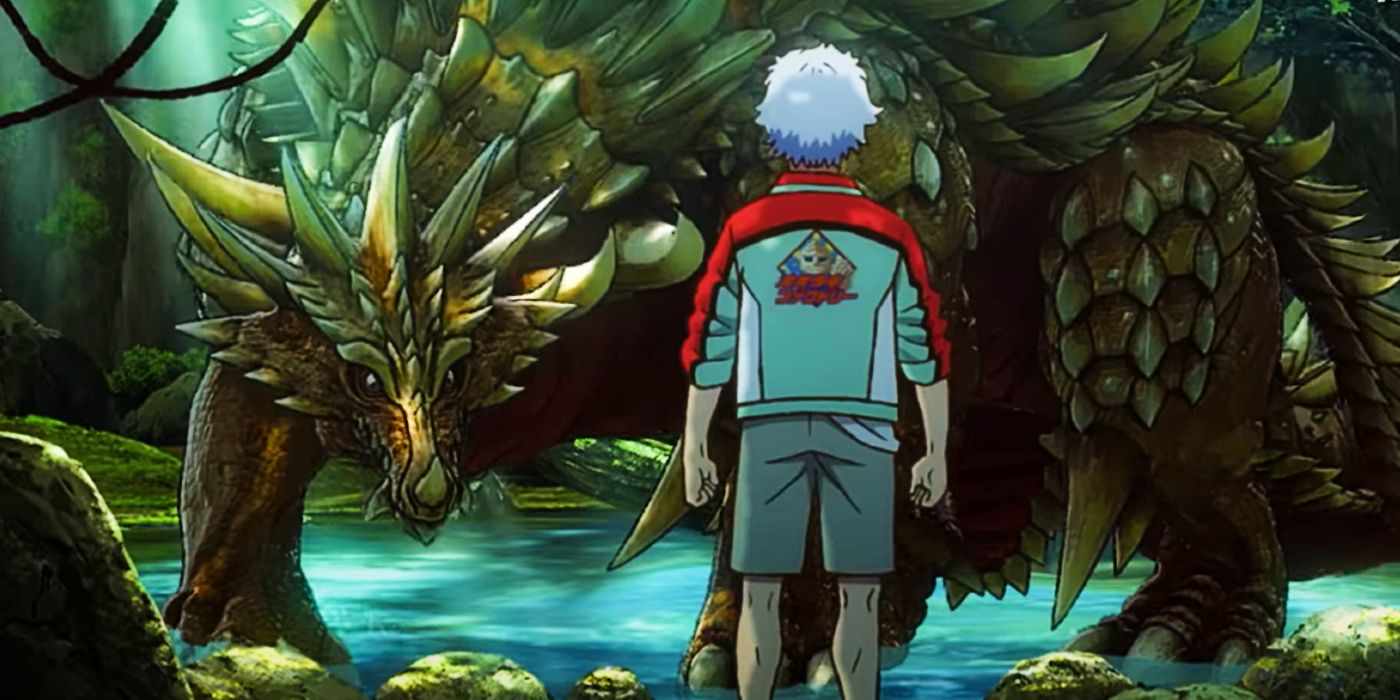 The new Godzilla: Singular Point trailer teases new kaiju, tons of action, and the official U.S. release date, all subtitled for English-speaking fans. Singular Point is Netflix’s second foray into the realm of Godzilla anime following the film trilogy that began with Godzilla: Planet of the Monsters. The new series is currently airing in Japan and will bring several classic Toho kaiju to other territories later this year.

Where Netflix’s previous Godzilla anime projects were set in a far-flung sci-fi future, Singular Point is more in line with the franchise’s roots. The series features iconic monsters from throughout the Toho mythos, including Rodan, Anguirus, and the robotic Jet Jaguar. Excitement for Godzilla has hit a recent high in the U.S. since Godzilla vs. Kong was released to widespread acclaim. Singular Point could offer another compelling, if different, kaiju story.

An English-subtitled trailer for Godzilla: Singular Point has been released via the official Netflix Anime YouTube account, giving an action-packed glimpse at the adventures to come and confirming a U.S. release in June. The story looks wild, to say the least, with a number of robotic suits and vehicles (including the redesigned Jet Jaguar), references to seeing the future, and lots of stylish kaiju fights. Several new monsters appear alongside the old ones, and the trailer’s allusions to a global catastrophe foreshadow some significant battles to come. And of course, Godzilla himself appears, delivering his signature roar and a blast of atomic fire breath. Watch the Godzilla: Singular Point trailer below.

Sci-fi human storylines are a trademark of the Godzilla franchise, and it looks like they’re alive and well in Singular Point. It’s not entirely clear from the trailer whether Godzilla is a villain or an antihero this time around, but there is a line in the trailer calling for him to be destroyed. The kaiju attacks depicted in the trailer are likely related to the referenced catastrophe, and Godzilla’s return may be part of that as well.

It looks like Jet Jaguar will be playing a pretty significant role in the show as humanity’s primary weapon against the kaiju, and the trailer features some pretty exciting clips of the robot going into battle. Netflix’s first attempts at Godzilla anime were met with mixed reviews, mainly because of the lack of action in the Planet of the Monsters trilogy. If the new trailer is any indication, Godzilla: Singular Point doesn’t seem to have that problem.