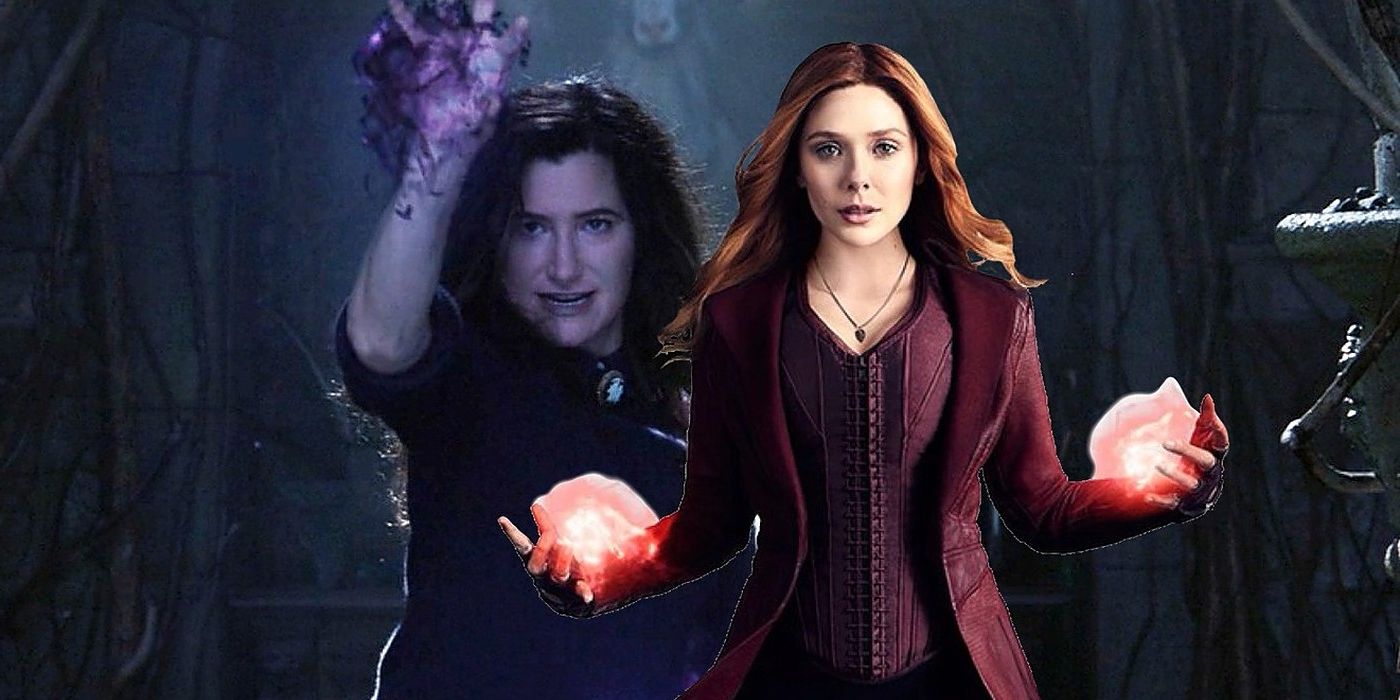 Shakman’s explanation makes a lot of sense as far as the colors being used to help show what’s going on in the scene. As the director noted, WandaVision‘s Salem sequence in particular is a lot easier to follow knowing exactly when Agatha starts to defeat her fellow witches. Her distinct purple magic has also come in handy in the Westview scenes with Wanda and will continue to in what’s likely to be a major battle in the finale. It’s also smart to give Agatha her own color of magic in case she ever interacts with Doctor Strange or other magical beings elsewhere in the MCU.

Along the same lines, the different magic colors make scenes more visually interesting, which has definitely been the case in WandaVision. It’s also fun to think about the motivation behind different characters receiving different colors. As Shakman notes, Wanda’s powers were affected by her experience with one of the Infinity Stones. Meanwhile, as the MCU witch with roots to Salem, it makes sense Agatha’s magic is purple, as that’s the color most traditionally associated with witches. It seems inevitable other magical beings will be seen in the MCU at some point in the future. Then, it will be interesting to see which colors they receive.