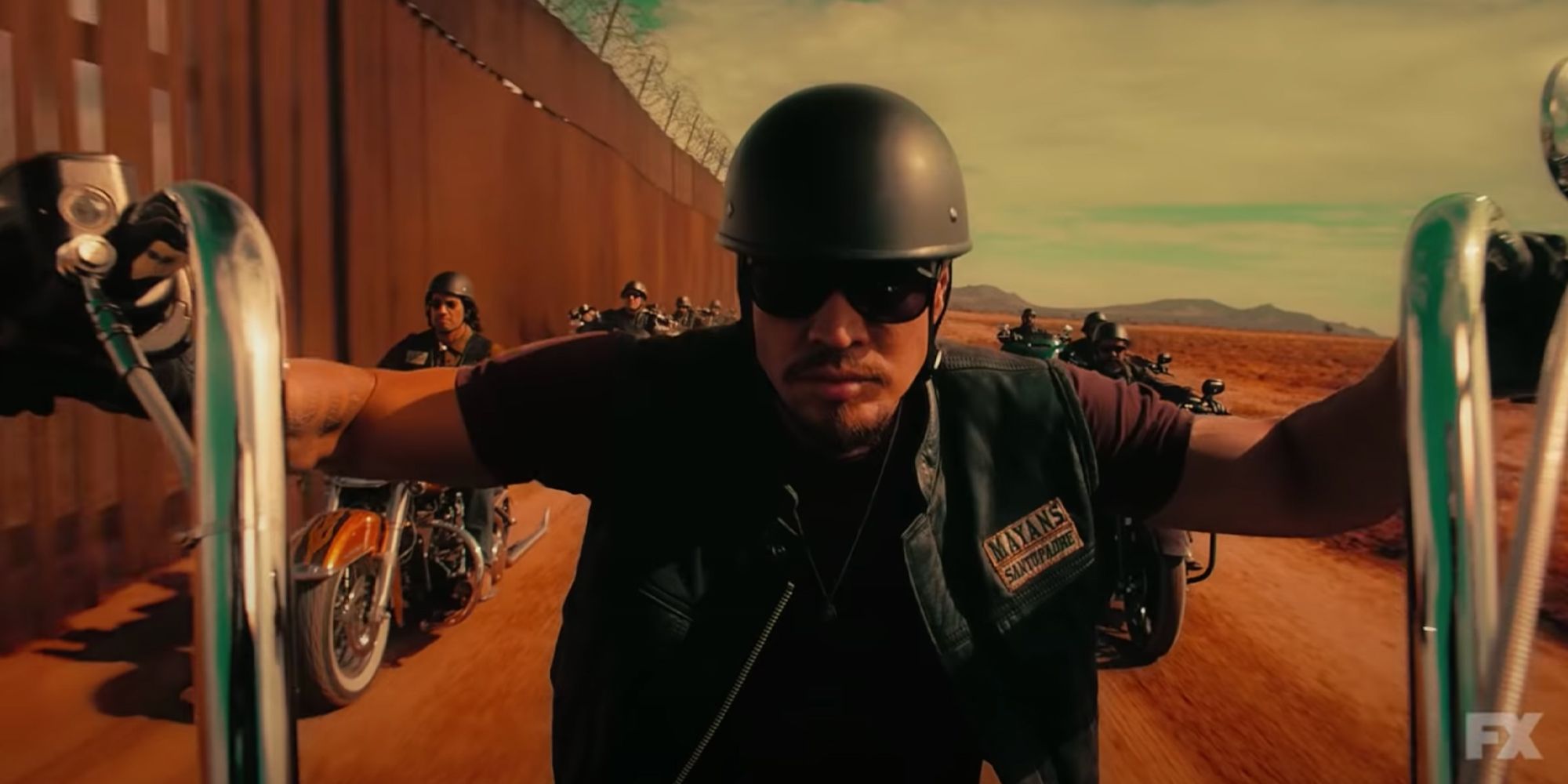 Mayans MC has released a new teaser for season 3, confirming the upcoming season’s premiere date. Developed by Kurt Sutter and Elgin James, the FX crime series serves as a spin-off to Sutter’s biker drama Sons of Anarchy. The new show centers on Sons’ rivals-turned-allies – the Mayans Motorcycle Club – and its patch member,  Ezekiel “EZ” Reyes, whose great American dream was crushed by cartel violence. Although Mayans MC’s most recent season registered a 100% fresh rating on Rotten Tomatoes, its future was left in jeopardy when, in October 2019, Sutter was fired from the show over allegations of workplace misconduct. But the following month, FX picked Mayans MC up for a third season, indicating that the show was moving forward without its abrasive showrunner.

Now FX Networks has dropped a new teaser for season 3, which confirms that the show will arrive on Tuesday, March 16, at 10/9c. The 10-episode third season will continue the narrative from the season 2 finale, with EZ and Angel making a difficult choice to prevent Filipe’s deportation. The teaser, as well as a synopsis from showrunner Elgin James, can be seen below:

“Season 3 picks up just a few months after the slaughter of the Vatos Malditos. EZ, now fully patched, struggles to find his footing within the club’s hierarchy and, haunted by his murder of Dita, finds himself torn between darkness and the gravitational pull of his new love interest. Angel, gutted after having Adelita and his child ripped away from him, loses himself in sex, booze, and violence, until a shot at redemption lands on his doorstep.

“Coco spirals on a journey into hell as his demons finally overwhelm him. Alvarez will be forced to decide once and for all where his loyalties truly lie, with the Mayans or with Galindo. And ghosts of the past come calling for all of the M.C., both individually and as a club; from past loss and loves, to a dead SOA member buried in the Mexican desert.  This is a season about reckoning.  This is the season we get to know these characters beyond the kutte. This is the season we tell their stories.”

Now that Mayans MC has lost its visionary, season 3  might be creatively different from the previous iterations. Previously, the show has been under fire for ‘being filled with Mexican criminals.’ Still, the show’s executive producers have since addressed the issue. They have been making earnest attempts to keep the portrayal of biker and gang violence along the US-Mexico border as authentic as possible. To sum up, the death of a Sons of Anarchy member seems to be a fitting and intriguing premise for the new season, which imbues hope about the return of more characters from the original show.