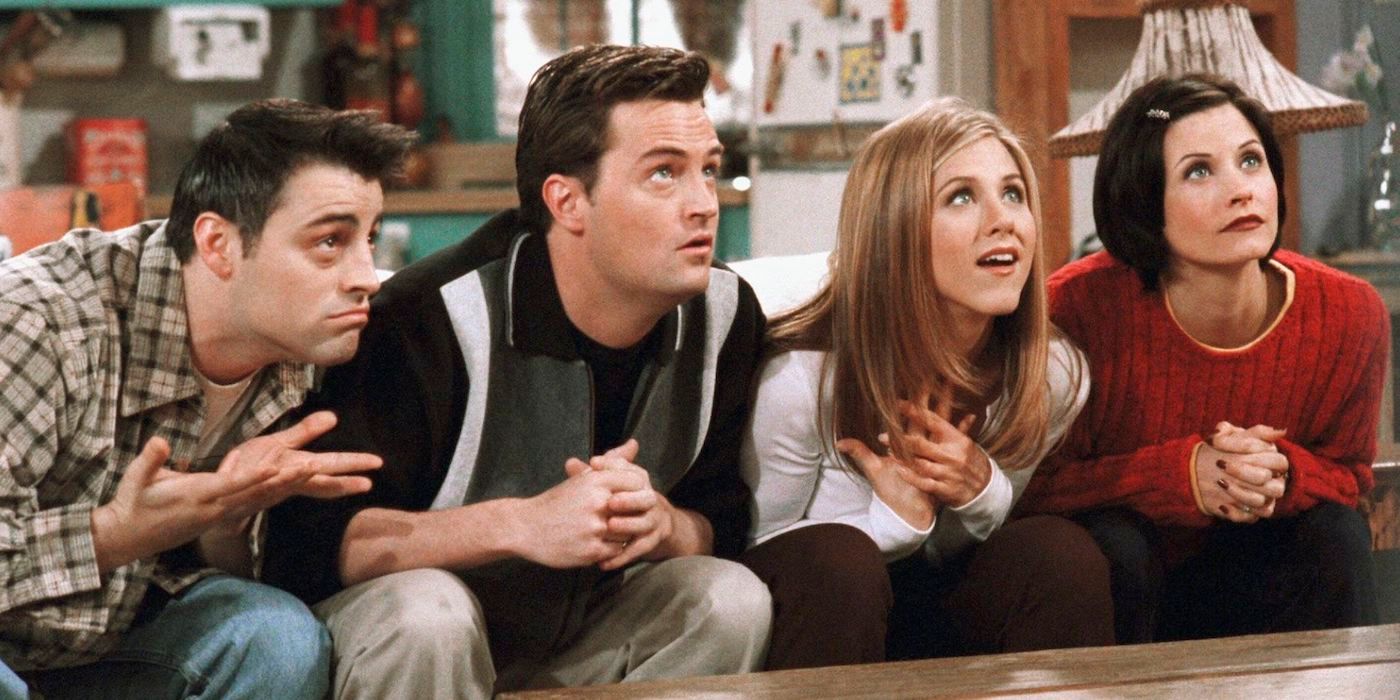 Filming for the Friends reunion has started as revealed by a new social media post from Matthew Perry. The Chandler actor will band back together with his co-stars Jennifer Aniston (Rachel), Courtney Cox (Monica), Lisa Kudrow (Phoebe), David Schwimmer (Ross), and Matt LeBlanc (Joey) for the highly anticipated special on HBO Max. No official release date has been announced, but work on it has already begun.

Running on NBC for 10 seasons, the New York-based sitcom isn’t exactly known for its realistic depiction of life in the bustling city or smart plot lines. But, its characters more than made up for the show’s flaws; all six players were interesting separately, but together, they were engaging and captivating. While it’s been almost two decades since it wrapped up its initial run, Friends continues to expand its fan base by bringing in younger followers thanks to syndicated broadcast, not to mention its streaming availability. So when HBO Max is bringing together Friends‘ principal cast for a special project, the public has been on the lookout for any kind of update.

After being significantly delayed due to the coronavirus pandemic, filming for the Friends reunion has finally started — that’s according to an Instagram post from Perry. The image sees him getting ready to start shooting. Interestingly, however, the actor eventually deleted the post but not before screenshots of his photo were taken. Check it out below via a saved shot by Twitter user @maa_juh.

Prior to Perry’s post, it was already confirmed that production for the Friends reunion on HBO Max is scheduled to begin this week. Days later, this was backed up by Schwimmer in a separate interview. Given this, it’s curious why Perry had to take down the image since it’s a known fact that the project is gearing to kick-off filming. Looking at the image, it doesn’t really give any spoilers; in fact, without the caption, it seemed like a normal make-up chair snap. In any case, with many fans having already taken screenshots of his original photo, deleting it is kind of pointless now.

For those hoping that the Friends reunion will be just like previous sitcom revivals Fuller House and The Conners, unfortunately, this won’t be the case. Schwimmer confirmed that the actors won’t be reprising their beloved characters. Instead, it would be more of a roundtable discussion reminiscing on their experience working on the show for a decade. As disappointing as this might sound for those wanting to see Rachel, Monica, Phoebe, Chandler, Joey, and Ross again, many are just happy that this special is finally coming to fruition.