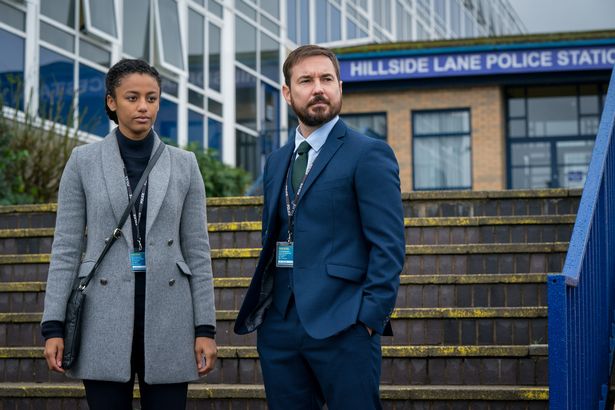 AC-12’s newest recruit appears to be just the reliable copper the team needs – and like DC Bishop, the actress who plays her knows a thing or two about hard graft.

Shalom Brune-Franklin, 26, is one of Britain’s rising stars.

And in 2017, she worked on BBC drama Our Girl and became such good pals with co-star Michelle Keegan that the pair would squeeze in manicures between takes.

Her role is set to cement her success in the country she grew up in – and leave her family brimming with pride.

But stardom is alien to down-to-earth Shalom.

She has previously told how she was “freaking out” like a crazed superfan as she filmed alongside Line of Duty regulars such as Adrian Dunbar and Martin Compston.

Shalom said: “I was working with all these amazing actors that I love. I had imposter syndrome.

“It was weird. I still haven’t got over it. I still feel like a fangirl.”

In another interview Shalom said: “I’m such an unlikely suspect in this industry.

“But watching my parents has been my biggest inspiration.”

She added: “They decided they’d rather struggle by the sea than struggle in a council flat, so they picked their lives up and reinvented themselves as people.

“My parents lead by example with hard work.”

Viewers will have to wait and see whether DC Bishop really is the squeaky-clean copper that she appears to be.

But one thing’s for sure – this is just the beginning for Shalom Brune-Franklin.