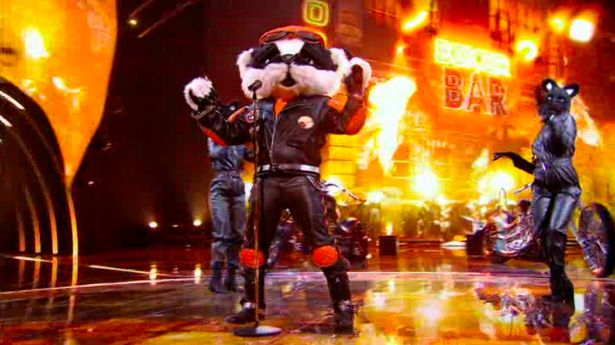 The Masked Singer UK fans are now convinced US singer Ne-Yo is Badger, after revealing clues and another epic performance.

Combining the clues from previous weeks with the latest batch, many began to form the definitive presumption that Ne-Yo was behind the mask.

From mentions of Barbara, with Ne-Yo having performed with Barbra Streisand, to a hint about hats – with the singer always donning hats – there was plenty to suggest it was him.

Viewers noted talks of coding, with Ne-Yo’s name coming from the film The Matrix – as well as the fact Ne was circled on the image of a periodic table.

Another agreed: “I think Badger is Andy Serkis. He mostly acts in green! Anybody else?”

A third disagreed, saying; “I’ve thought Neyo on and off because he sounds like him one week then doesn’t the next. But he does where hats and the coding clue would fit in his name coming from the matrix, and a free coding school he invested in.”

A fourth said: “It’s ne yo- he wears hats a lot – he done a duet with Barbara Streisand and he invested in a coding school. The clues are all there .. plus the voice that’s him 1000 per cent.”

The Masked Singer UK airs Saturdays at 7pm on ITV.