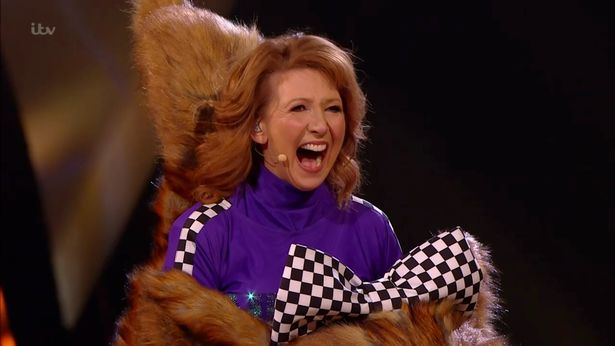 The Masked Dancer finale provided viewers with an evening of non-stop surprises with each celebrity reveal, before gymnast Louis Smith was outed as Carwash and crowned the series winner.

But one of the biggest shocks of the night was the identity of Squirrel, who wound up in second place.

Not one of the judges – or many viewers watching at home – worked out that West End star Bonnie Langford was lurking inside the furry costume.

Over the last week, the Squirrel’s energetic dance moves had fans believing the celeb responsible was someone decades young.

After entertaining with high-kicks, splits and always flawless choreography, the most common guesses for Squirrel had been EastEnders actress Maisie Smith, 19, and former X Factor star Cher Lloyd, 27.

The 32-year-old shocked the panel when he pulled off his mask and admitted that the show had been “bonkers”.

What asked what made him decide to take on the challenge, Louis said: “I love the singer version, I love dancing and I love performing.”

Revealing how he thinks it compares to The Masked Singer, Louis said: “I think this is a lot more physical obviously but I am definitely a better dancer.”