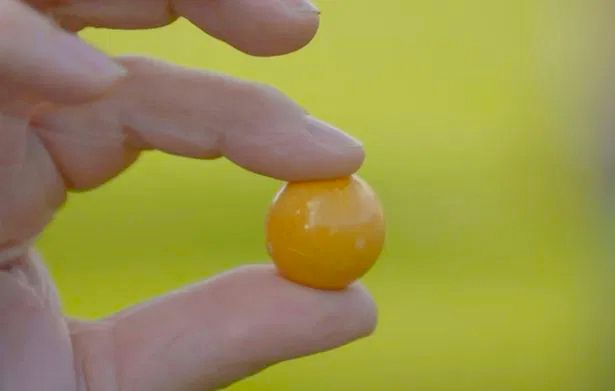 Antiques Roadshow expert Fiona Bruce was stunned when she discovered the true value of a “gobstopper.”

In the episode, which was filmed in Stonor Park, Oxfordshire, host and jewellery expert Joanna Hardy was doing a round of the classic game, “Basic, Better, Best” to estimate the value of three different types of vibrant-coloured pearls harvested from clams, shells and mussels.

“It’s a foreign body that’s got inside, and they try and get rid of that foreign body,” she told Fiona of how the pearls are made.

“If they can’t get rid of it, they will protect itself by forming a pearl sac around the irritant and that becomes the pearl.”

But she couldn’t have been further from the true value, as Joanna revealed it was worth £200,000, “if not more.”

With the gemstone in hand, Fiona joked: “We’ve seen some remarkable things here on the Roadshow, as we always do, but my favourite – is this £200,000 gobstopper.”

What would you have guessed it was worth? Let us know in the comments.

Do you have a story to share? We want to hear all about it. Email us at yourmirror@mirror.co.uk