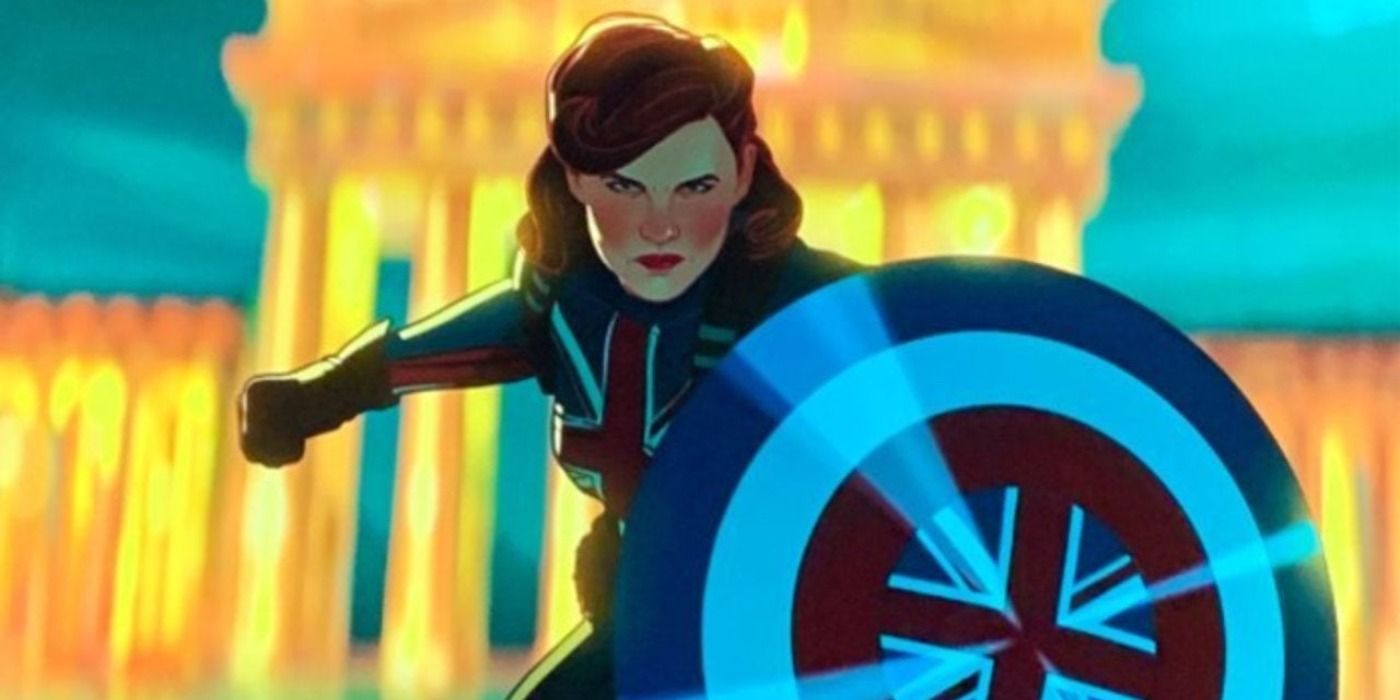 Merchandise for Marvel’s What If..? teases the introduction of the MCU’s Guardians of the Multiverse. The Marvel Cinematic Universe has expanded on Disney+, with the launch of a series of live-action TV shows that have proved to be a hit for the streaming service. The Falcon & the Winter Soldier has become the most popular TV series in the world.

But one of the most intriguing Marvel Studios projects in the works is actually an animated series, What If…? Inspired by the popular comics, this series will offer viewers a glimpse of alternate worlds where history took a different turn. Some look to be only minor changes to the lore – what if Peggy Carter was given the super-soldier serum rather than Steve Rogers? – while others are far more dramatic. There even appears to be a riff on the Marvel Zombies comics, with shots showing a version of the Winter Soldier taking on a zombie Captain America.

The coronavirus pandemic has disrupted Marvel’s schedule, and as a result merchandise is leaking or even going for sale ahead of official promotions. Twitter user Anne Talks Comics (via Murphy’s Multiverse) discovered some merch at the mall that suggests the various heroes of Marvel’s What If..? will come together as a team Marvel is marketing as the “Guardians of the Multiverse.”

The Loki trailer recently revealed alternate-universe doppelgangers of familiar characters from the main timelines are called “variants,” and some of these fit with what we already know; there’s Peggy Carter’s Captain Britain and a version of T’Challa who became Star-Lord (the late Chadwick Boseman recorded for numerous episodes before his passing). There’s a variant of Thor whose costume is reminiscent of the one the Odinson wore in Thor: The Dark World, one of Doctor Strange wearing a different costume for unknown reasons, and another Gamora. But the most curious is the variant of Black Widow, who’s wearing the costume Natasha Romanoff will don in Black Widow, which seems to be the traditional outfit worn by students of the Red Room; it’s possible she’s from a timeline where Natasha never joined SHIELD.

The interesting question is whether these variants will actually combine forces to become a formal team. It’s possible Marvel has combined the traditional What If..? approach with a superhero team called the Exiles, who typically serve in this kind of “Guardian of the Multiverse” role. If that is the case, the show’s episodes may have a stronger narrative link than had previously been expected, and the team may well return in future seasons or even be referenced in the main movies, notably Doctor Strange in the Multiverse of Madness. Marvel’s What If..? suddenly has a lot more potential.