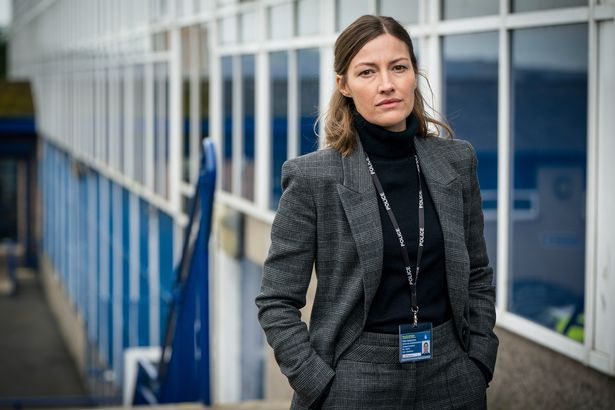 Line of Duty’s latest episode had 13 million viewers on the edge of their sofas as the BBC1 crime thriller really ramped up the action.

The suspects have been stacking up as anti-corruption team AC-12 tries to weed out bent coppers from the police force investigating a murder.

In the latest shocking cliffhanger, it was revealed that DCI Jo Davidson (Kelly Macdonald) is a blood relative of someone found on the police DNA database.

Meanwhile, threats were made and a ‘rat’ killed off by the terrifying OCG.

Does she really believe this? She helped Jo by giving the heads up that Ryan was spying on her, so is Kate playing super undercover double agent or has she momentarily lost her bent copper rader?

We need Kate back on AC-12 so that Steve doesn’t leave and our fave duo is back.

What did Jimmy Lakewell know about the OCG?

No sooner has Steve found a way to crack open the OCG, than Jimmy Lakewell (Patrick Baladi) is killed off for being a rat.

It was revealed that the voice on Gail Vella’s audio file, a man being interviewed about police corruption, was Jimmy, a lawyer from series four who defended Roz Huntley (Thandie Newton) and her husband.

Lakewell was imprisoned after he was revealed to have been one of the attackers collectively nicknamed “the Balaclava Man” and involved with the OCG.

After Steve headed up a daring operation to break Jimmy out of jail, and they survived a car chase and gunshots, Steve hoped Jimmy would spill the beans.

What was the racist element of corruption Jimmy mentioned to Gail? What was she looking into? Who tipped off the prisoners about the operation and ordered Jimmy dead? Or did the leak come from AC-12?

And surely that shoot-out was no good for Steve’s bad back?

Is there something fishy about DS Chris Lomax?

Just like bent copper ‘Dot’ Cottan, he’s always there like a silent assassin.. chewing his pen, taking all the calls, quietly getting stuck into absolutely everything in the background.

Buckells pointed out that it was Lomax, along with Jo Davidson, who interviewed the dodgy witness Deborah who framed Terry Boyle. Why didn’t he background check her?

Lomax also keeps pointing out the armed robbery links to the case and is heavily involved in hunting these “untraceable weapons”.

Conscientious cop or man on the inside? Place your bets now.

Who is least likely to make it past episode five?

Everyone needs to watch their backs now – the OCG is on pest control, killing off rats.

Farida has already had her wrist broken by a dodgy prison warden, the same one who burnt Lindsay Denton’s (Keeley Hawes) hands in series two. She’s been silenced, but certainly isn’t safe.

Meanwhile, Buckells could only look on as Jimmy was brought into his prison cell and strangled to death in front of him. “You watch what happens to a rat,” said the killer.

Buckells had better eat his porridge with his eyes and ears open.

Steve is definitely in danger, not only because he’s a straight-down-the-line anti-corruption cop and therefore a major threat to the OCG, but also because he’s popping painkillers like Smarties and we’re worried he’ll overdose.

But surely the most at risk is Jo, who just had a gun pointed at the back of her head by corrupt PC Ryan Pilkington (Gregory Piper).

Having clearly tampered with the evidence at Farida’s flat (did she mess with the DNA sample?), she tapped on her laptop: “All under control now. Job done. I’m finished” and threw her laptop on the floor.

We have a feeling that won’t go down well with the OCG, and murderous Ryan said he will not be posted off her team.

She’s under threat, she’s pushed Kate away, she may as well have a target on her forehead.