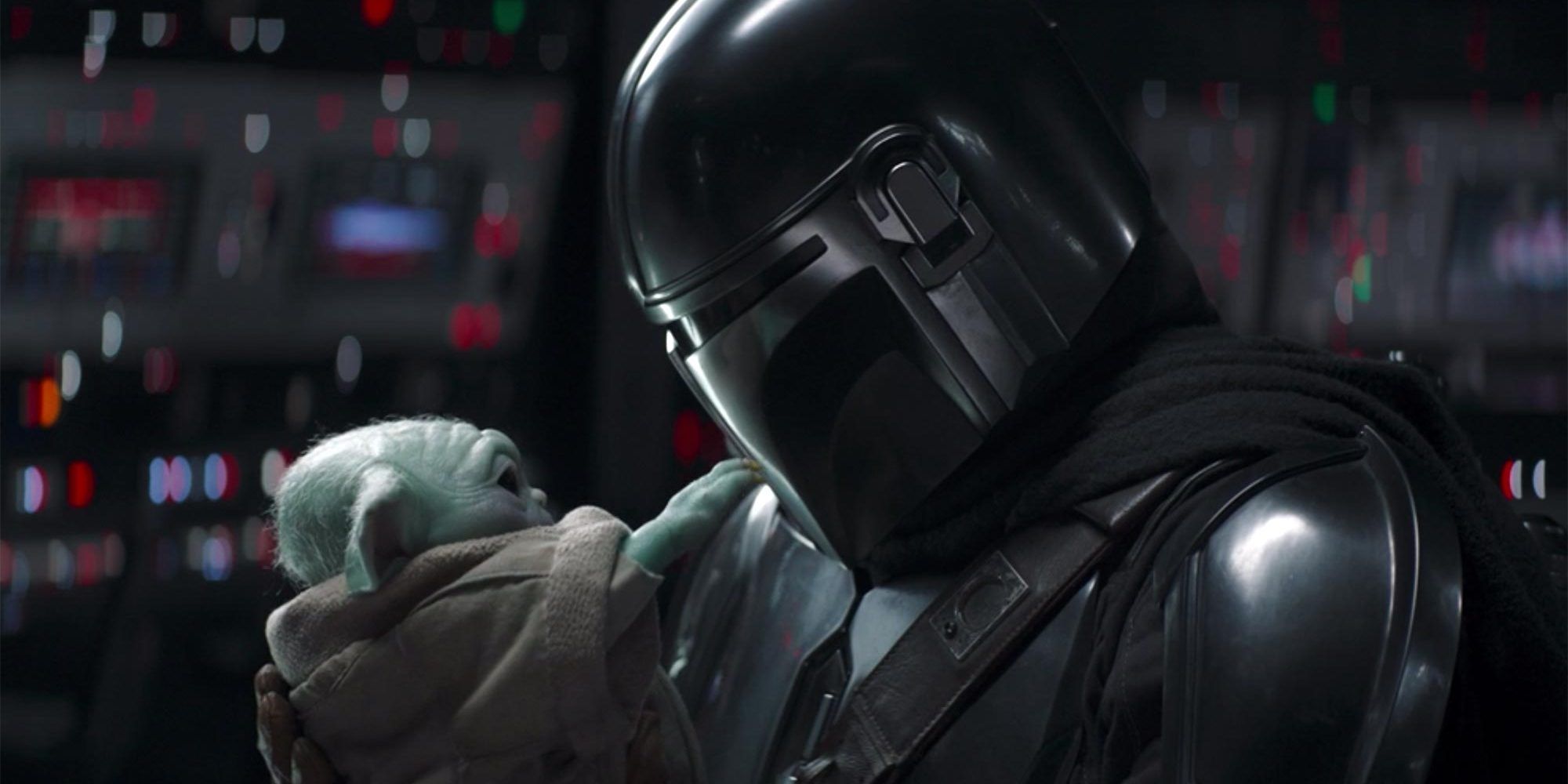 WARNING: Spoilers for The Mandalorian season 2, episode 8 “The Rescue”

Mark Hamill calls keeping that The Mandalorian cameo secret for over a year “nothing less than a miracle.” The Mandalorian season 2 finale, Chapter 16, “The Rescue,” sees Din Djarin AKA Mando (Pedro Pascal), Cara Dune (Gina Carano), Boba Fett (Temeura Morrison), Fennec Shand (Ming-Na Wen), Bo-Katan Kryze (Katee Sackhoff), and Koska Reeves (Sasha Banks) set off to save Grogu AKA Baby Yoda from Moff Gideon (Giancarlo Esposito) and his remnant of the Galactic Empire. While Gideon’s Imperial cruiser operates with only a small crew, a garrison of Dark (droid) Troopers complicate the rescue mission.

Despite Mando depressurizing the bay and blowing the remaining droids into space, the Dark Troopers return in the episode’s climax. Mando, Grogu, a shackled Gideon, and the rest of our heroes find themselves pinned down in the bridge; the dark troopers pounding through the blast doors. Just then, an X-Wing arrives, carrying a mysterious hooded figure who proceeds to cut down the Dark Troopers with his green lightsaber. Although many fans didn’t believe it until his de-aged face was revealed, this Jedi turns out to be Luke Skywalker (Mark Hamill) himself. The cameo was achieved using Hamill’s (credited) voice and face as well as a stand-in, Max Lloyd-Jones. Hamill has since teased fans on social media with his reaction to one of The Mandalorian’s best-kept secrets.

Hamill recently opened up on Twitter about keeping his latest role in The Mandalorian a secret: “The fact that we were able to keep my involvement a secret for over a year with no leaks is nothing less than a miracle. A real triumph for spoiler-haters everywhere!” In a day and age when it’s virtually impossible to keep entire plots (let alone cameos) a secret, Hamill is as shocked and excited as everyone else. You can check out the tweet below:

Disney+ doesn’t necessarily release episodes of The Mandalorian at a convenient time; some people will watch them right away while others wait until much later. Almost immediately after the season 2 finale became available, Twitter was set ablaze with a debate about posting spoilers online. Some argued that #TheMandalorian should be muted, allowing users to use that hashtag when posting spoilers. Regardless, Hamill’s most recent posts on social media have been accompanied by a photo of him implying, “shhh.” In addition to Hamill’s cameo, “The Rescue” features a post-credits scene announcing The Book of Boba Fett spinoff series on Disney+, furthering the demand for spoiler-free discourse.

Hamill has arguably been the face of Star Wars for 43 years and seeing him in The Mandalorian was emotional for many fans. His action-packed introduction was exciting and his farewell heartbreaking. Not only did audiences have to say goodbye to the Jedi Master and R2-D2 once again, but both they and Mando had to say goodbye to Grogu. Being that Grogu uses the Force to “call out” in Chapter 14, “The Tragedy,” some speculated that Luke would find and train him. However, given the existence of other Force-users in the universe like Ahsoka Tano and Ezra Bridger, a lot of people didn’t expect Lucasfilm to employ CGI similar to that of Rogue One: A Star Wars Story’s Grand Moff Tarkin and Leia or Star Wars: The Rise of Skywalker’s young Luke and Leia. At this point, we don’t know if/when we’ll see Hamill wield his green lightsaber again, which makes Lucasfilm’s ability to keep his latest outing a secret all the more rewarding.