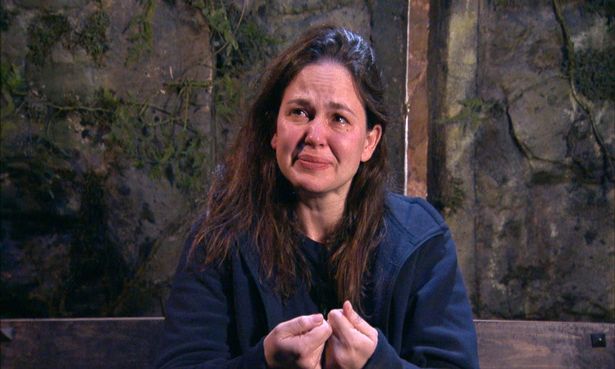 Mario Falcone admitted he found it “hard” to watch his sister Giovanna Fletcher end up in tears over treats sent from home.

The former TOWIE star, 32, took to Instagram as he shared a meme of someone trekking into the castle on a mission to retrieve Giovanna’s treats from her loved ones.

During tonight’s instalment of the ITV show, Giovanna and the rest of the camp were given opportunities throughout the day to win treats from their families as well as camp dinners.

By the end of the day, the team came together to open a series of boxes with their keys and they were able to select who received a gift from home.

Only AJ, Jordan and Giovanna were left empty handed while their campmates received things from their loved ones.

Giovanna – who is married to McFly star Tom Fletcher – later said in the Telegraph: “Your heart aches and then you attach yourself to anything.

*I’m A Celebrity…Get Me Out Of Here! returns tomorrow at 9pm on ITV.