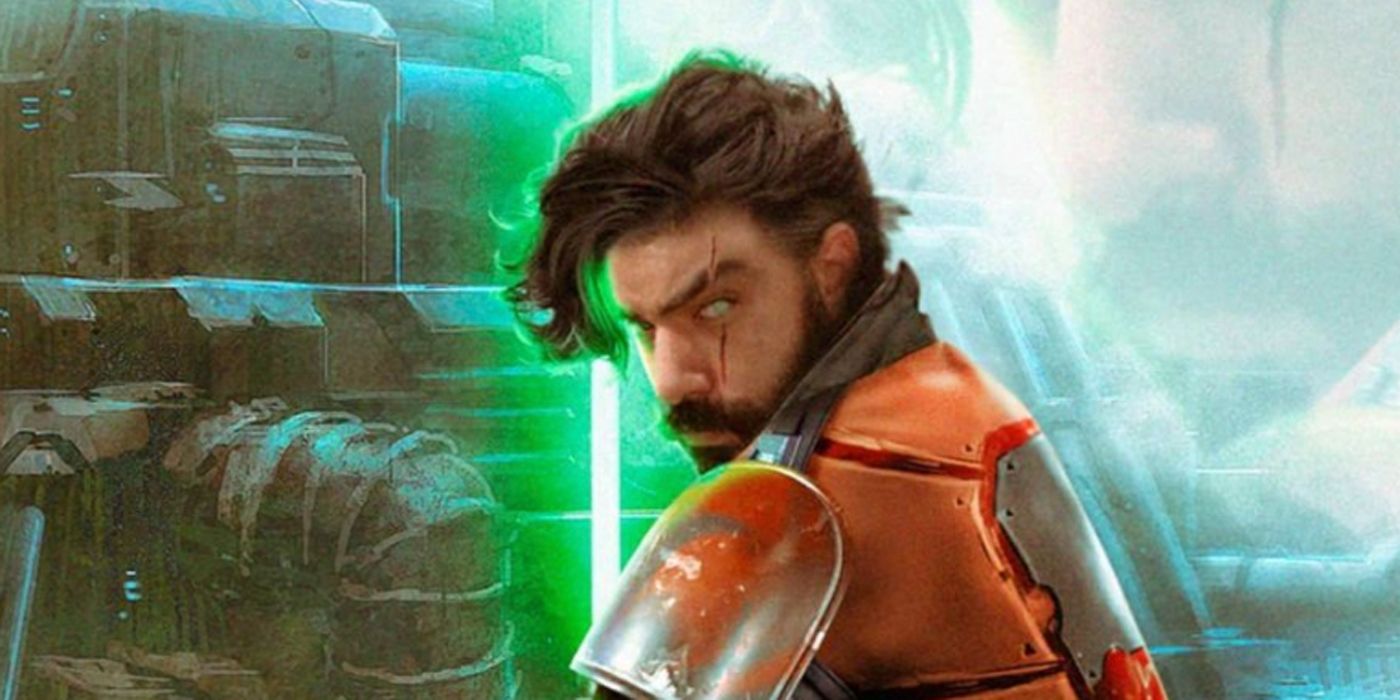 New fan art imagines what an older Ezra Bridger played by Rahul Kohli would look like in The Mandalorian. After not including any known characters in season one, the second season of the first live-action Star Wars show has gone in the completely opposite direction. Temuera Morrison popped up as Boba Fett and Timothy Olyphant brought Cobb Vanth off the page in the first episode. Katee Sackhoff has since brought Bo-Katan Kryze to live-action after voicing her in animated shows, while Rosario Dawson just played Ahsoka Tano in her live-action debut.

All of these characters – and the Grand Admiral Thrawn name drop by Ahsoka – has left Star Wars fans wondering what other familiar faces could appear in The Mandalorian season 2 and beyond. Many expected to see Sabine Wren with Ahsoka due to how Star Wars: Rebels ended. That hasn’t happened yet, and rumors drove speculation that other characters from Rebels could appear in The Mandalorian. The character that fans arguably want to see the most is Ezra Bridger. The Jedi padawan was just a teenager during Rebels, but he’ll be a few years older if he ever appears in the Disney+ series.

Since Ezra’s appearance in The Mandalorian is possible, the artist known as Bosslogic decided to give his take on what an older Ezra Bridger could look like in the show. He used The Haunting of Bly Manor star Rahul Kohli to bring Ezra to live-action after the actor has expressed interest in playing the part before. Take a look at the rendition below:

Kohli caught the attention of Star Wars fans earlier this year with several teases online about Ezra. He mentioned that he was getting in “that Lothal orphan, force sensitive, trained by Kanan Jarrus kind of shape.” This came after a report that Lucasfilm was reportedly casting a live-action Ezra for a show that will take place after Rebels. While Kohli continued to fuel speculation that he was in the running to play Ezra, he eventually confirmed that it was all just him having fun.

But, as evident by this fan art, Kohli would make a convincing older Ezra Bridger. He certainly looks the part and this particular image is additionally intriguing given the scar over Ezra’s eye. While that was just some creative freedom taken by Bosslogic and not a reflection of what happened at the end of Rebels, it would be a fascinating twist to put on Ezra. He already saw his master Kanan Jarrus go blind, so the implication that Ezra has a similar experience would create some nice parallels between their journeys. Ultimately, there’s no telling when Ezra Bridger will make a live-action debut or if he’ll appear in The Mandalorian.