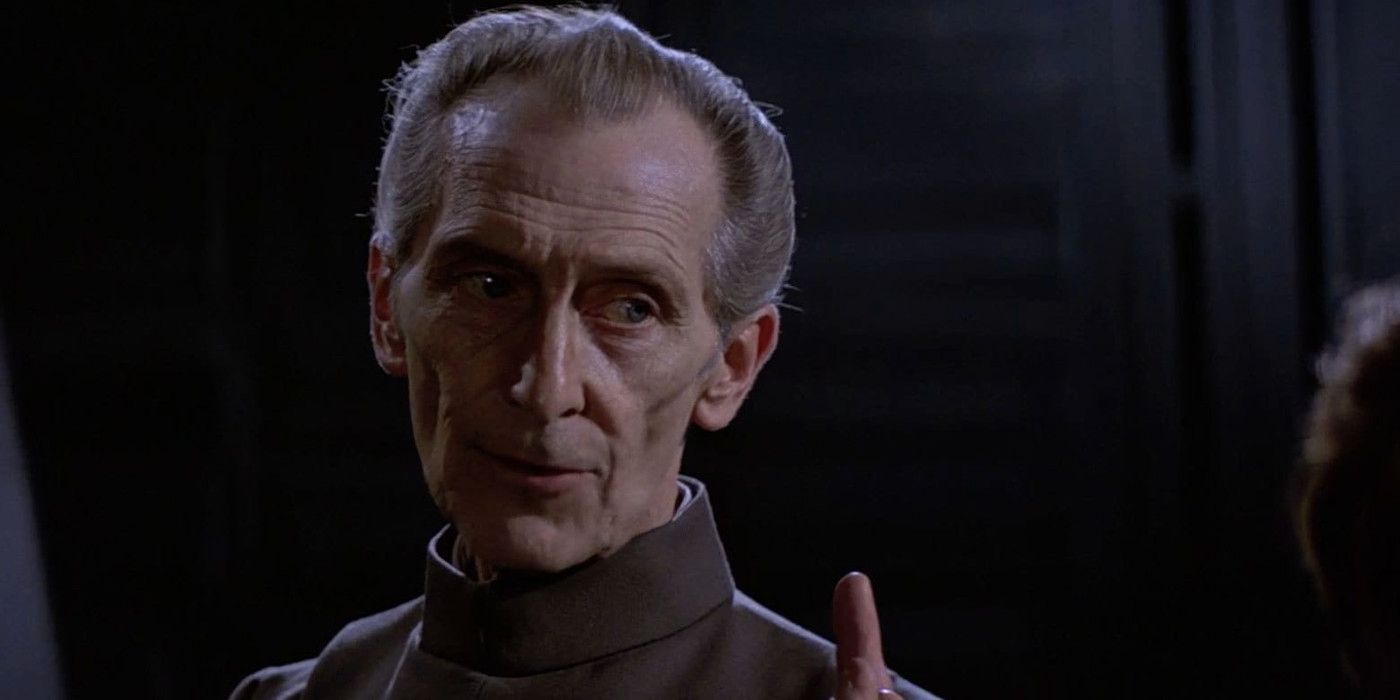 It’s of course no surprise that Esposito would draw inspiration from Cushing’s performance in the original Star Wars, as the legendary British actor helped set the tone for the Empire and its array of coldly brutal military leaders with his portrayal of Moff Tarkin. The fact that Esposito would actually do research on Tarkin before going into his own performance certainly should endear him to Star Wars fans, as no doubt there are many actors who wouldn’t even bother doing that much work to become versed on the lore of the franchise.

As for what the future might hold for Esposito’s Moff Gideon, the actor recently teased that he will be back in season 3, as the character continues playing out a “long game.” Of course, Mandalorian has also teased the arrival of another villain from Star Wars lore, Grand Admiral Thrawn, who could supplant Gideon. For the short term, Gideon will likely have to deal with being a prisoner of the New Republic, as Cara Dune certainly slapped him in cuffs shortly after the epic events that played out in the finale. As long as the show still has a good use for Gideon, it would be nice to see Esposito return, as he’s solid in the role. But keeping him around just to keep him around, when his role in the The Mandalorian’s story is basically over, wouldn’t be a wise move.