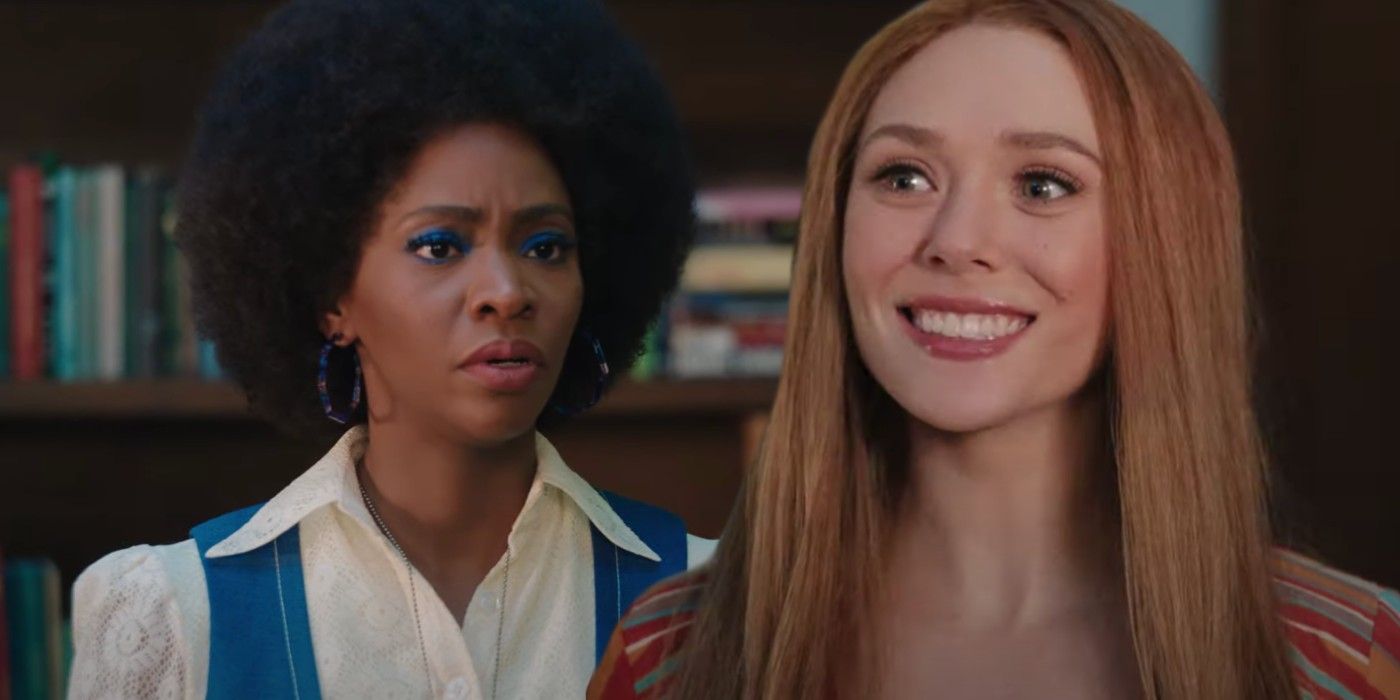 Interestingly, this reveal backs up ongoing rumors that it’s Wanda who sends Monica flying from the fantasy world into the real world. In the second trailer for WandaVision, peppy Monica knocked on the Vision’s residence and was greeted by Wanda. As they get to know each other, she’s befuddled when Scarlet Witch asked her who she is. It’s unknown if this is the pair’s first encounter with each other, but perhaps after Wanda spotted Monica’s necklace, she got flashes of her memories explaining how she ended up in this fake reality with Vision. Unwilling to entertain the idea that the blissful life she’s living with her lover isn’t real, she freaks out and accidentally sends Monica flying.

It’s worth noting that in the first trailer for WandaVision, the titular couple also didn’t seem to remember fragments of their life when asked by their neighbors who were joining them for dinner. While unconfirmed, the upcoming Disney+ show is expected to heavily deal with alternate realities, with the promotional clips featuring House of Mclues, although it may not be a full-blown adaptation. In any case, this new information about Monica’s role in the show fuels theories that someone is behind-the-shadows secretly manipulating the situation since even Wanda isn’t fully aware of what happened to her.