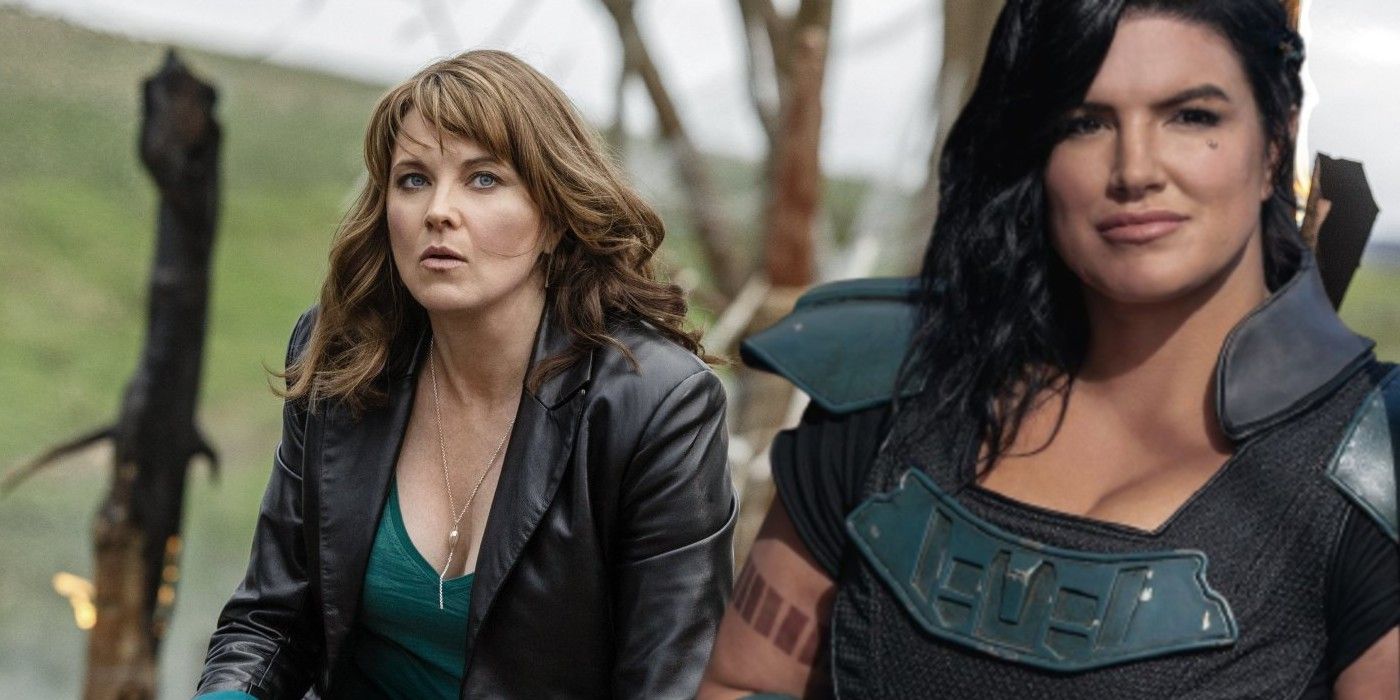 Fans of Disney+’s The Mandalorian campaign for Lucy Lawless to be cast as the new Cara Dune after Gina Carano’s firing. Cara was introduced in The Mandalorian‘s first season, with Deadpool actress and former MMA fighter Carano playing the former Rebel shock trooper. She quickly became a vital ally for Din Djarin (Pedro Pascal) in his quest to protect young Grogu (aka Baby Yoda) from those who wished to harm him. Cara appeared in The Mandalorian season 2 as well, and though one could argue the final episodes tied up her arc fairly well, there’s definitely more stories to be told.

However, Cara’s Star Wars future is currently a giant question mark. For some time now, Carano has drawn controversy over her various social media posts, which many have flagged as anti-Semitic, transphobic, and anti-masks amid the coronavirus pandemic. This reached a boiling point on Wednesday and, that night, Lucasfilm issued a statement saying Carano has been fired from The Mandalorian and the rest of the Star Wars universe.

Since it seems likely Cara was going to have a hand in The Mandalorian season 3, fans were quick to think of a suitable solution to Carano’s sudden axing: Hire Lucy Lawless instead. Many have pointed out the Xena: Warrior Princess actress would be perfect to play Cara; not only does Lawless have the same kind of physique as Carano, but the two actually look similar. Based on the sheer number of people supporting this idea, there might be some merit to it.

Should Lucasfilm wish to keep Cara Dune around as a character, they could do far worse than casting Lawless. Cara’s presence in The Mandalorian season 3 hasn’t been officially confirmed, but the news that Carano almost scored her own Star Wars spin-off indicates there’s interest in developing the character further. If that’s the case, Lawless would be the perfect pick. Fans are already behind the casting, and Lawless has proven her action chops between Xena and Ash vs Evil Dead, among other things. Plus, she already has some ties to Lucasfilm, having provided her voice for two episodes of Star Wars Resistance.

As Carano’s firing is still so new, it seems unlikely that Lucasfilm will announce their plans for Cara any time soon. They are likely still sorting through things and deciding what is best for the franchise. Reportedly, The Mandalorian season 3 will begin production in April, so there’s still some time to settle on how to handle Cara going forward. It’s not certain that they will recast her, but if they do, hopefully they’ll consider Lawless. She’s got everyone’s support right now, and it would be really awesome to see her and Din team up in season 3.