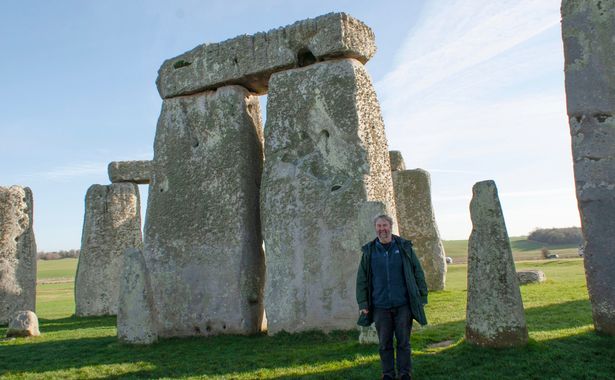 Professor Mike Parker Pearson has made the “wonderful” discovery that Stonehenge stood for 400 years in west Wales before being moved to Salisbury Plain.

It’s taken a decade of mud, sweat and tears but the archaeologist and his team have evidence that the ancient monument’s famous bluestones had a previous life as a stone circle at Waun Mawn in the Preseli Hills, Pembrokeshire.

They stood there for four centuries before being dragged 140 miles – by hand – to the famous Wiltshire site, where they were resurrected.

The extraordinary discovery – kept top secret until today – will be explained in a BBC documentary on Friday. It shows how Stonehenge, believed to be a tribute to the dead, is actually a second-hand monument, brought by neolithic people migrating east into England from Wales.

Former Time Team star Professor Alice Roberts, who presents the BBC film, said the find was “the most exciting archaeology around Stonehenge that’s happened during my lifetime”.

She added: “It is incredibly exciting. When I first heard about it, I didn’t believe it at all.”