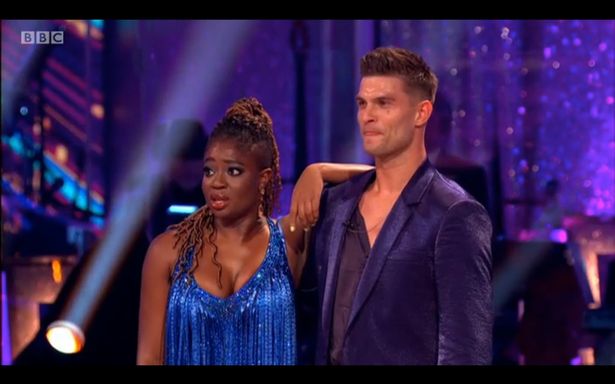 BBC Radio One DJ Clara’s first dance was dubbed “stumpy” and “poor” by the judge and was awarded a score of five.

Shortly after Craig handed out the score fans took to Twitter to blast him as they believed the star and professional dance partner Aljaz Skorjanec deserved much higher.

And on her radio show on Monday morning, Clara commented on the situation and how she appreciated Greg’s support but that she thought twice about re-posting the message.

Another said: “#Strictly That was not a 5, Craig, you twazzock!!”

This was echoed by a viewer who tweeted: “I think Craig was way too harsh on Clara, especially considering the fact that he has been fairly kind so far tonight. Clara entertained me.”

Another agreed: “5? 5, Craig? Clara deserved more than that.”